the writer and the professor 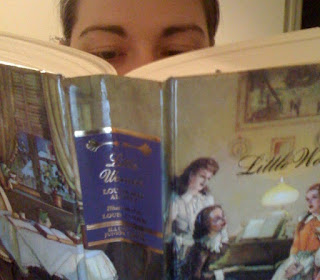 PBMG No. 10: Jo March and Professor Bhaer from Louisa May Alcott's "Little Women"


Set during the U.S. Civil War and shortly after, "Little Women" tells the story of four sisters — Meg, Jo, Beth and Amy March — growing up and overcoming their flaws to find a place in their society. The girls face poverty, illness and judgement along the way.

The scoop on Jo and Fritz
Jo, the novel's protagonist, is the second oldest March girl. Described as a tomboy, she struggles to find a place in her 19th century world. She cannot attend college, like the neighbor boy Laurie, or go to war, like her father. Like many of her contemporaries, finding a rich husband seems to be the only course expected for her, but one she does not wish for herself.

Instead, Jo hopes to become a writer. Throughout "Little Women," she tries her hand at poetry, sensational short stories and a novel.

Professor Friederich Bhaer, also called Fritz, is an older well-educated, but poor German. The professor teaches language at the boarding house in New York City, where Jo works as a governess. The two develop a friendship and respect for one another during the winter they spend together.

Professor Bhaer also serves as the guardian for his two orphaned nephews. They are the reason he left his homeland, and who he struggles to support.

The meet cute
Jo first sees Professor Bhaer when she arrives in New York to be a governess for Mrs. Kirke at her boarding house. She writes of it to her mother and sister.

As I went downstairs, soon after, I saw something I liked. The flights were very long in this house, and as I stood waiting at the head of the third one for a little serventgirl to lumber up, I saw a gentleman come along behind her, take the heavy hod of coal out of her hand, carry it all the way up, put it down at a door near by, and walk away, saying, with a kind nod and a foreign accent:

'It goes better so. The little back is too young to haf such heaviness.'

From there, Jo goes on to spy on the professor as he teaches and cares for the young children at the boarding house. They meet at last one evening, when they are introduced. He readily offers to help her should she need it along the way.

Their paths naturally continue to cross, and Jo often mentions him in her letters home. She defends this by writing, "On reading over my letter it strikes me as rather Bhaery; but I am always interested in odd people, and I really had nothing else to write about." (441)

Scene stealer
The best part of Jo and Professor Bhaer's love story comes toward the end of "Little Women," in the rain, under an umbrella.

The good professor has come at last to visit Jo and meet her family. Jo, whose sister Beth - her closest friend and confidante - recently passed away, welcomes her dear friend readily. Only, perhaps now she feels a little more nervous around him and finds herself blushing more.

We readers of course know how Professor Bhaer feels about Jo, but nothing has been said on his part.

On the evening before old Fritz will leave, he and Jo bump into each other in town at the market. Both feel awkward, and neither says anything much. Their encounter seems to be near a close, when Jo lets a tear slip, and the two confess their feelings.

The professor, we learn, came to Jo upon hearing of her sister's death. He saw one of her poems published in a newspaper, and although it was printed anonymously, he knew she was the author. He came to see her, and hoped to find she might love him, too.

Despite their lack of funds, Jo's stubborn desire to stay single and the professor's commitment to raising his nephews, the two decide to give it a try.

"Haf you patience to wait a long time, Jo? I must go away and do my work alone. I must help my boys first, because, even for you, I may not break my word to Minna. Can you forgif that, and be happy while we hope and wait?"

Not too bad for a woman who didn't ever see herself settling down, right?

Why I love them
It's hard for me not to love two people who are so clearly awkward on their own, but who make sense when put together.

I must confess that like many of the novel's other readers, I did always like the idea of Jo ending up with her childhood friend Laurie. However, that would've likely been too neat of an end, and independent Jo needed someone more unique in her life.

Neither Jo or Professor Bhear could qualify as a heartthrob. Both are well-respected by those who know them, but are not sought after prizes. It's nice to see that even the awkward and seemingly hopeless can find love.

I also like what this couple goes on to do once married. They start a school to care for abandoned boys. Jo provides the love and care while the professor provides the education. Together, they make a great team, and one I dig.

Best lines
But after the boys were abed, he sat long before his fire, with the tired look on his face, and the heimweh, or homesickness lying on his heart. Once, when he remembered Jo, as she sat with the little child in her lap and that new softness in her face, he leaned his head on his hands a minute, and then roamed about the room, as if in search of something he could not find. (468)

She wondered what the business was that brought Mr. Bhaer to the city, and finally decided that he had been appointed to some great honor, somewhere, but had been too modest to mention the fact. If she had seen his face when, safe in his own room, he looked at the picture of a severe and rigid young lady, with a good deal of hair, who appeared to be gazing darkly into futurity, it might have thrown some light upon ght subject, especially when he turned off the gas, and kissed the picture in the dark. (594)

"Jo, I haf nothing but much love to gif you; I came to see if you could care for it, and I waited to be sure that I was something more than a friend. Am I? Can you make a little place in your heart for old Fritz?" (620)

And, three times a day, Jo smiled at her Fritz from the head of a long table lined on either side with rows of happy young faces, which all turned to her with affectionate eyes, confiding words, and grateful hearts, full of love for 'Mother Bhaer.' (635)


Coming up next...
The girl from the wrong side of the tracks and local royalty.
Posted by Laura Chapman