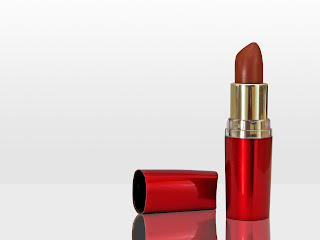 An often forgotten chapter in my life, is that I once sold Mary Kay cosmetics. It's true. Just check my bathroom and you'll see the remnants of my brief career: half-used moisturizes, lip glosses and bunch of nail polish.

I bought my starter kit the summer after my freshman year of college thinking it would change my life, just like it did for Evelyn Couch in "Fried Green Tomatoes at the Whistle Stop Cafe." However, I soon learned I was not much of a saleswoman (my current bosses would also agree). By the following March, I packed up my inventory and shipped it back to Dallas, ending my career with MK forever.

My short-lived cosmetics career taught me more than the proper way to select eyeshadow (FYI, it's not to match your clothing) or how to write off business expenses on my taxes. It taught me that to succeed, I first had to see myself as successful.

All new MK sales representatives receive a copy of Mary Kay Ash's autobiography "Miracles Happen." The book tells about how she built her company from a one-person show, to a major multi-million dollar industry with hundreds of sales representatives nationwide. The key, she said, to success was simple: fake it till you make it.

I can't tell you how valuable that lesson was to me.

When hired at the Daily Nebraskan as a new transfer student at the University of Nebraska-Lincoln, I'd only ever reported a few new stories, and all were for class assignments. My editor handed me three story assignments for the next week, and I pushed aside my worry and went to work, pretending I knew what I was doing. I remember making my very first call. I practiced my introduction over and over before I picked up the phone, until even I believed I was "Laura Chapman with the Daily Nebraskan."

I've faked my first few days at every job since, and it seems to be working for me. Maybe I can find a lesson in here somewhere for me, now. Maybe I can pretend I am a novelist, and get myself — and others — so convinced, that I can't help but finish writing a whole book. Might be something to it.

On another note, No. 9 in the "Project Boy Meets Girl" series will be out this weekend. I spent too much time working my job and playing after hours to do more than re-read the book that features our next couple. With any luck, I can get No. 8 out this week, too, as I've already done the leg work for it, too.
Posted by Laura Chapman 1 comment:

book review: nothing but trouble 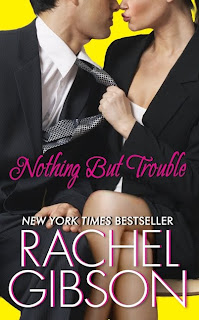 Rachel Gibson and her colorful cast of characters are back for another hot summer read. "Nothing But Trouble," Gibson's latest offering, takes us courtside once again as we catch up with the fictional Seattle Chinooks, hot off winning the long-sought-after Stanley Cup.

The book picks up where "True Love and Other Disasters" left off. Mark Bressler, the former hot-shot captain for the best team in the league continues to recover from a car accident that broke half the bones in his body, left him in a coma and ended his hockey career halfway through the season. Before he could lead his team to win the Stanley Cup.

Understandably, the now-sidelined Mark has quite the chip on his shoulder.

Enter Chelsea Ross. Twin sister to Bo, the Chinook's PR guru, Chelsea has an unimpressive Hollywood resume, which includes playing "scream queens" in horror movies, extras in daytime soaps and even a cheerleader in a Hillshire Farms commercial ("Go Meat!"). To pay the rent, she works as a personal assistant to the stars — from A-List to the D. After her most recent gig, Chelsea decides to take a break from Hollywood and accepts a temporary job as a personal assistant/ care provider to Mark while he recovers.

Mark doesn't need or want someone to babysit him. Chelsea wants the $10,000 bonus the Chinooks promised her if she stays three months. And somewhere in this power struggle, desire emerges.

That's where it gets good.

Like Gibson's other novels, "Nothing But Trouble" provides a quick-paced story packed with a quirky cast of characters — some new, and others old friends — in a hot and steamy package that will get your heart racing.

Mark represents the brooding, dark heartthrob who has fallen from grace into a self-imposed pit of despair. With a hot body and sex drive from which fantasies are made. Chelsea is the colorful, all-business woman looking to make changes in her life, and also manages to lift Mark from his darkness. With her help, Mark begins to see the light, and soften up. He even begins to think about his next career move, and helps coach an underprivilidged youngster improve his hockey skills. The reformed bad-boy-turned-sensitive guy never gets old or any less attractive.

Together, they conquer their personal woes and look to build a better future, each making concessions along the way. The novel also includes a subplot where Chelsea's sister Bo finds love within the Chinooks organization, too. Friends from the past, including Vlad the Impaler, are also on board for the ride.

As part of the fictional world she has created, Gibson also features cameos from her other leading men and women, including Rob and Kate Sutter of "The Trouble With Valentine's Day," John and Georgeanne Kowalsky of "Simply Irresistible," Faith Duffy and Ty Savage of "True Love and Other Disasters," and mention of Jane and Luc Martineau of "See Jane Score." "Nothing But Trouble" is an enjoyable, entertaining read and one Gibson's followers are sure to enjoy.

A fan of Gibson since I read "Sex, Lies, and Online Dating" two years ago, I eagerly awaited the release of this book. (I even ran to the store at 6 p.m. on a Saturday to make sure I could grab a copy when I belatedly remembered it had been released earlier this week.) And it didn't disappoint. Like her other books, her latest kept me captive, made me laugh and got my heart pumping. Fans should also be sure to check-out the excerpt included at the back of the book. Looks like we'll see another Chinooks legend take the plunge in spring 2011.