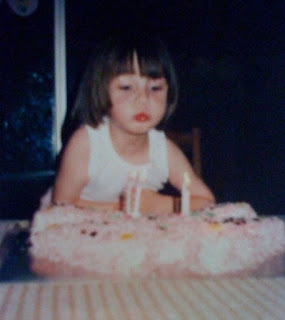 Today is my birthday. For whatever reason, turning 24 hit me hard.

Turning 23 was great. Fact: I rounded up my age to 23 since December the year before my birthday. But, 24 just seemed so much older. I think I just thought I'd have my life a lot more figured out by the time I'd been out of college two years.

I thought I'd have at least one novel written and have my career path figured out. I imagined I'd own my first home and live somewhere I loved. And while I didn't necessarily expect to be married or have kids, I at least thought I'd be on that path, and really I'm no where near as far as know.

But in the week before my birthday, I've come to grips with it. I realize that while many people are lucky to have done all of these things, I'm not alone. Some people go their whole lives without doing any of them.

Instead of looking at what I haven't done and want to do (which is what I usually do around my birthday), I decided this year to think of 24 things I've done in my life — one for each year I've lived — that I take pride in. 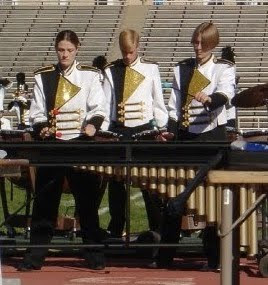 (Photo: Performing at one of our marching shows senior year.

2. Performed in a parade at Disney World.

3. Attended five proms in high school. Got good use out of the three dresses I bought when I went to the Millard West prom twice, and was invited to Millard North, Millard South and Skutt.

5. Adopted the two best cats in the world. Jane and Bingley have brought so much happiness to my life the past three years.

6. Spent 10 days in England. This included seeing all the big sites in London. I also took a Jack the Ripper tour that ended with one of my classmates and I grabbing curry and drinks with backpackers from around the world (some who I still stay in touch with on Facebook).

7. Had fun political encounters as a journalist. I saw Barack Obama right before he won the Nebraska primary, interviewed Rep. Lee Terry during a congressional hearing with C-SPAN rolling, offered one of three interviews granted by former Gov. Rod Blagjevich to discuss Illinois' mess of a state budget (I shared it with a fellow journalist and my editor, and I think the only reason I was offered was because I'd just written a story about one of his programs and was super nice to his communications people), etc.

8. Have earned a living writing since I was 19. Wrote articles in college that were picked up by the Associated Press and ran in various other publications (mostly college), but once featured on the New York Times' website. 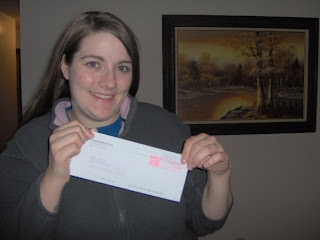 (Photo: My paycheck from the Associated Press for stringing a story on a Goodyear strike.)

10. Spent a total of five days unemployed after college. After wrapping up my internship I had to wait a few days before finding out I'd landed my current gig.

11. Operated a locomotive by myself. Granted it was at speeds lower than 10 mph, but it was still awesome. The guys also gave me pie. This was also special because it happned on my first business trip at my first grown-up job. What a way to start off a two-year career writing railroad newsletters. 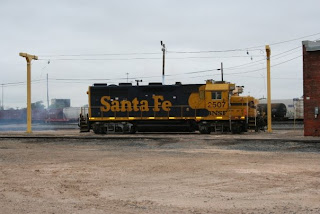 (Photo: Engine I operated in the North Yard in Amarillo, Texas.)

12. Checked important items off the bucket list for important sites I'd like to see. Saw both Niagara Falls at night and dawn and Boston in the fall and waded in both the Atlantic and Pacific Oceans.

13. Shook hands with and personally thanked George Lucas for making the Star Wars and Indiana Jones sagas. (Episodes 4-6 only on SW and the first three Indie movies — its seemed rude to bring up his failures at the time.)

14. Met my childhood crush J.C. Chasez. I also shared a somewhat meaningful 15-minute conversation with him before receiving a hug and a kiss on the cheek. Sure, he didn't fall madly in love with me as I always imagined he would if we ever met, but it was still pretty fantastic. Plus, I was pretty drunk and managed not to make a complete ass of myself.

15. Saw Billy Joel and Elton John in their face-to-face tour.

17. Have worked from a home office since July 2009. My goal after college graduation was to do this by the time I was 30 — beat it by seven years.

18. Continuing to work on my dream: being a novelist. I wrote six chapters of a book before scrapping it to start over. Thoroughly outlined three books. I haven't met my goal to finish writing a novel, but this was a big step and I learned a lot through the process.

19. Learned to drink and love beer.

21. Became (mostly) financially independent. I may struggle and not have much savings, but I own my car, pay my rent on time monthly and have insurance (renter's, auto, life and health).

23. Fallen in love and been loved back. (I've also had my heart broken and recovered, which I feel were just as important in the grand scheme.)

24. Developed friendships and relationships with people coast-to-coast. I've also learned that while some friendships last years, other people are only in your life for a short time. That doesn't make their presence any less meaningful. (Cue: "In My Life" by the Beatles.)


Every experience, good and bad, has made me the person I am, today. I'm sure I could think of regrets, but what is the point?

I challenge all of you to look at the blessings in your life. Count them. At the end of the day, they are what matter most. Life is too short to have regrets.

Favorite songs:
• "Then" by Brad Paisley
• "Imma Be" by the Black Eyed Peas
• "Bad Romance" by Lady Gaga
• "Don't Stop Believin'" Glee cover
• "You're Still You" by Josh Groban (This is an "oldie," but I just heard it for the first time this year.)
• "Need You Now" by Lady Antebellum
• "I'm Alive" by Kenny Chesney and Dave Matthews

Favorite new shows (or at least new to me):
• Glee
• Modern Family
• Dancing With the Stars
• Celebrity Apprentice

Major accomplishments:
• Lost 40 pounds.
• Moved to a new state.
• Became a fan of beer.
• Got my first place on my own.
• Learned to shell crawfish and ate a fried Snickers bar all in one glorious days.

Lessons learned:
• Don't speed. You get pulled over and apparently being polite and respectful won't get you out of a ticket.
• Know your limits when it comes to drinking. Otherwise, you might end up sleeping in a McDonald's parking lot, giving your number to awful guys or throwing up in a church lawn. However... you also might end up with a gift certificate to a barbecue joint, a cowboy belt and other fun tokens to remember the night out.
• Be comfortable being who you are. This can mean singing your heart out on a karaoke stage or stripping down to your swimsuit on the beach.

Goals for the next year (several of these are repeats from previous years):
• Eat healthy and exercise so I can continue to reach my target weight.
• Look for new professional opportunities and challenges.
• Finish writing a book.
• Check one item off of the bucket list.
• Spend more of my time and resources giving back to others.
Posted by Laura Chapman

Email ThisBlogThis!Share to TwitterShare to FacebookShare to Pinterest
Labels: goal