Writing dialogue can be challenging. I've been encouraged to listen to real life conversations and look for inspiration there.

Keeping that in mind, I like to jot down funny things that people have said to me during interviews during my job the past two years. Here are a few gems I've come across since August 2008.

"Better be careful or you'll find yourself married to a railroader."
- Louisiana

"Can I just say you have eyes as blue and deep as the Greek Sea?"
- New York

"Ma'am, I sure wish you wouldn't swear -- even if it is just in your car. You're much to nice of a lady to talk like that."
- Texas

"A lady doesn't pay for much down here. We didn't invent that 'going Dutch.'"
- Louisiana

"What happened to that skinny girl who used to come here?"
- New York

"Do you think I sound like Christian Slater? Girls tell me that all the time."
- New York

"I know your type. Once you have a baby your whole life will be over. You'll want to be there to see every sneeze and poop."
- New York

"I bet you have a different man everywhere you go."
- Texas

Instead of being offended by some of the sexism that could be present in these quotes, I instead find them funny. Most of my writing is laced with some humor, so I look to these quotes as inspiration.

I find the best humor comes from something that could actually happen or be spoken.

I've already found homes for versions of some of these quotes in a couple of my projects.
Posted by Laura Chapman No comments:

Email ThisBlogThis!Share to TwitterShare to FacebookShare to Pinterest
Labels: dialogue 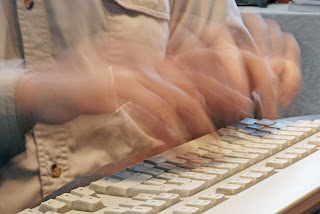 I'm always looking at ways for me to surround myself with motivated and creative people in hopes it will make me a better writer.

To trick a group of people into becoming our literary entourage, two friends and I formed a writer's support group dedicated to helping aspiring authors break down the barriers they face.

"12 Steps for the Recovering Non-Writer," now known as "Recovering Writers," began meeting January and has met once a month since and will continue through the end of 2011. With focused topics every month, we learn about ways to overcome obstacles, such as character development, writers block and how to get your work noticed.

The Daily Nebraskan did a write-up on our group, which meets at Indigo Bridge Books in Lincoln's Haymarket. Beginning in May, we will shift our meetings to the third Sunday of the month, but we will still start at 4 p.m.

If you're someone who needs a little kick in the behind to get going, we invite you to join us.

Feel free to contact us if you have any questions at recovering.writers@gmail.com. My friends or I will be glad to get back to you.
Posted by Laura Chapman No comments: 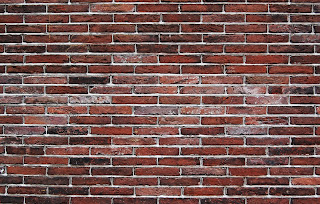 I'm not going to pretend otherwise — writing a novel is hard.

This first novel was the most fun and exciting project I have ever worked on, but it was also one of the must turbulent and angst-filled.

I struggled with finding the motivation to keep writing and sometimes the words just wouldn't come to me. Once I was heavily into the writing, I found it hard for me to turn my brain off, which made sleep difficult.

Through it all, I learned that the easiest thing to do was not to write at all.

Just because it was the easiest thing to do, doesn't mean it was the best.

After wanting to tell this story for two years, I completed my first novel in February. I began it in November. Then I started edits and revisions, which I finally finished last week. I finally sent my novel to some peer reviewers, and while the delay in my production did at times irritate me, at the end of it I can say the process has been worth it. It's been a great learning experience for me, and I'm sure it will only continue to get better.

I've tried to find tricks along the way to motivate myself. I'd turn off my phones and Internet, but would usually cave within hours. I hate feeling disconnected from the world. I even promised myself rewards for completing X number of words by X time, but nothing was ever promising enough to keep me rolling. I would create a writing schedule to stick to, but it was too easy to deviate.

In the end, for me, I found there is no magical track. I just had to buck up and make myself do it. The only motivator for me is knowing that I have a story and the desire to tell it.

The only way for me to keep writing is for me to suck it up and commit to it whenever I can as often as I can.

The best piece of advice I can offer is the same that was given to me by another author during a writing workshop. Don't let too much time pass between work episodes. The longer you are away from a story, the harder it is to get back.
Posted by Laura Chapman No comments:

Continuing with my last post about the importance of music in my storytelling process, I thought I'd talk about another role it played in my first novel.

Without divulging many details about the story itself, I can say that several songs play a fun part. In one of my favorite scenes, the main character and some of her friends end up at a post-work happy hour in a honky talk bar that turns into a country karaoke session.

I carefully selected each song performed by each character based on where they were at in their life during this scene in the book. I didn't know much about country music before this. It was one of few genres I had little exposure to growing up.

I don't even think I willingly listened to a country music station until I started traveling for my job in September 2008. I was in West Texas and I hadn't packed along any music. It was either listen to country or static.

Like the main character in this book, I was just a displaced Yankee who had to make the best of it. I opted for country and actually discovered several songs I enjoyed.

From then, I've expanded my knowledge considerably, but I still had to listen to do some research when picking out the karaoke line-up.

Even outside of that scene, I have found several songs that apply to different parts of the book. They match the tone or the moment.

For fun, I've compiled a list of songs that I would put on the soundtrack to this novel if it had one. These songs are either referred to in the book, or I listened to them during its production.

There are many more that didn't make the cut, but I thought this "album" was long enough.

(I listened to a lot of Rascal Flatts, Lee, Brice Brad Paisley, Jason Aldean, Luke Bryan, Kelly Clarkson and many other talented artists while writing this. Wanted to give them a shout out even though they didn't make the list.)
Posted by Laura Chapman No comments:

I finished the second draft of my first novel last night, and today I sent it to four close friends for review.

That means I'm getting there.

I cut out about 11,000 words from the draft and combined two chapters into one. Most of the cuts were made during the first half of the book, because I wanted to get to the key action faster. I've saved everything I cut, because I still liked most of it. I figure I can use it in a future project.

I look forward to seeing the reaction from my friends. I go back and forth on how I feel about the finished product. Today, I'm happy with it, so I'll try to hang on that.

In the end, I don't know if it's the book or it's my own fears and reservations that are holding me back. This novel has been such a labor for me, even before I began writing it Nov. 1. It's been on my mind and been building since the idea first came to me two years ago, and sharing it now with others is scary.

Putting it out there, though, is another big step, and one I had to take.
Posted by Laura Chapman No comments:

Email ThisBlogThis!Share to TwitterShare to FacebookShare to Pinterest
Labels: HHFF

Music is important to me. It plays a large part in my daily life.

It was a central element since I was born. My dad has been a percussionist for more than 40 years, and as a child I spent every Sunday evening at the Antelope Park band shell watching him and the rest of the Lincoln Municipal Band play. Throughout the years, I've attended countless concerts ranging from the Houston Symphony to REO Speedwagon. Dad loves music, and we listened to a lot of it.

I was heavily involved in it during my childhood. In high school, I sang in choir and played oboe in orchestra and wind ensemble. As the occasion called for it, I also played alto saxophone, English horn, marching cymbals, mallet percussion and piano. For a while, I thought my life calling was to be a musical therapist or band teacher.

Before "Glee" or any of the "High School Musical" movies gained popularity, I often told my friends how much I wished we could just break out into song while walking through the halls. I still sometimes wish I was a character in a musical. There are enough situations that I'd rather have out with a well-timed song number than by finding the correct words in a conversation.

As a writer, music is an integral part of the process. I make playlists or choose CDs based on where I am in a story. I draw inspiration from the music to set a scene or mood. Some songs have even inspired future projects for me.

While writing this first novel, which is almost done with it's second round of revisions, I listened to a lot of country music. The story is set mostly in the south and it seemed fitting.

I also listened to a lot of Kelly Clarkson. It was while driving through Louisiana listening to her then-new album, "All I Ever Wanted," I came up with this first novel's title and the general basis for the plot.

For nostalgia's sake, I decided to pop in that same CD while I wrote final scene of the novel. It fit the mood well.

Without planning it, it just worked out this way, I wrote the last line of my first draft as the last song on the CD came to an end. My fingers stopped moving and the lingering notes ended. I sat in silence looking at the screen. It gave me chills, then, and still does when I remember it.

It's like it was how it was supposed to happen. It somehow made the moment even more wonderful and special. The story began and ended with Kelly.

I love bookends almost as much as I love music.
Posted by Laura Chapman No comments: