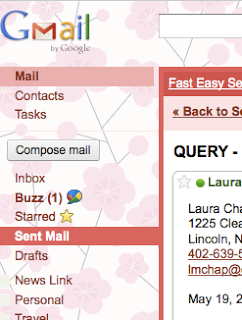 I sent my first query letter to a literary agent yesterday. I received my first rejection, today.

Given my recent state of mind, you would think I would be completely devastated, but I am not. Instead, I am taking it as a learning experience and a reminder that nothing comes easy.

Was I seriously going to get a literary agent on my first try? Absolutely not.

As optimistic as I was by contacting the agency — whose agents I believed would do an excellent job selling my novel — I knew that chances were I would be rejected. I didn't believe this because I am pessimistic, but because I am realistic. I am an unknown author with an unknown novel. In their eyes, I am probably not a sure bet.

After I opened the e-mail response, which given the 24-hour turn-around I expected to be a rejection, I took a moment to be disappointed that this first firm did not wish to represent me. Then, I went back to the list of agents I have and picked my second choice. I opened up another e-mail, adjusted my query letter and sent it.

I believe in my novel, and I know that somewhere there is an agent who will love it as much as I do and who will take it under his or her wing. Every rejection I receive is just a sign that I haven't found the right home for it yet.

I won't be disappointed until I have contacted every agent in the U.S. and received a rejection. What would be the point?
Posted by Laura Chapman