book review: I wore the ocean in the shape of a girl 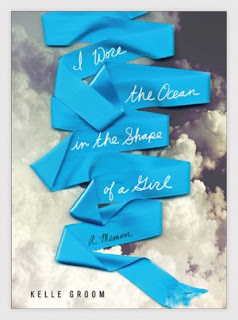 Title: I Wore the Ocean in the Shape of a Girl Author: Kelle Groom Release date: June 2011

Kelle Groom reveals years of struggle and suffering in, "I Wore the Ocean in the Shape of a Girl." The raw, and poignant memoir reveals her life as a teenage alcoholic and the long road to recovery that led her to a life as a poet and storyteller.

While reading the well-crafted prose, I could feel the emotions warring inside the writer. There were moments I felt physically uncomfortable and some where I hurt. It made the more positive moments feel all the greater.

Through her words, Groom shows that though it can be difficult to understand the cause and true origin of addiction, the most important part of a person's story is how he or she overcomes it every day of their life.

I don't have much experience reading memoirs, but this was a quick read for me, and a story I had trouble putting down once I started. At moments, it was difficult for me to read emotionally, but the overall impact was well worth pushing through to the end.

book review: any man of mine 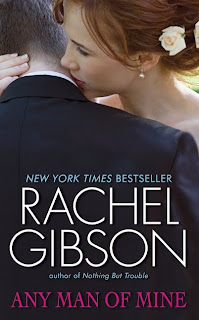 Rachel Gibson's latest offering, "Any Many of Mine," once again features beloved characters from the fictional Seattle Chinooks hockey team.

In this installment, the cast is reunited at team owner Faith Duffy's wedding to the newly-retired team captain Ty Savage. Sam LeClaire, who has appeared in other books as friend-to-the-lead, arrives at the wedding to find his ex-wife working as the wedding planner.

Autumn Haven and Sam impulsively married years before after meeting on a trip to Las Vegas. After waking up faced with the reality of what he has done, Sam walks out and files for divorce, leaving Autumn heartbroken and pregnant with their son. Now, the two haven't been in the same room at the same time in more than two years and Sam sees his son, Connor, when he can.

After realizing he is missing out on his son's life, Sam recommits to becoming a more hands-on parent and tries to repair a tenuous relationship with his reluctant ex-wife.

"Any Man of Mine," is a quick, fun read that follows in the tone and pacing of Gibson's previous Chinooks-based books. The characters have real issues and a rocky history to overcome, which is what makes the story most interesting and kept me turning pages.

There were some elements of the story that could have been developed more thoroughly. For example, both lead characters come from troubled family backgrounds, which are the base for many of their issues. Though these topics are delved into lightly, I would have liked to know more about the pasts that brought them to their present.

Overall, Gibson delivers what she sets out to accomplish with her other books — a fun, quirky tale filled with a cast of interesting characters that keep the story moving. I hope Gibson continues to marry off the Chinooks and look forward to see what she has next to offer.

Just a heads up — this blog is now available for mobile viewing. This should make it easier for you to stay up-to-date with my latest musings while you are on the go.

Thanks for following!
Posted by Laura Chapman No comments:

book review: the summer we came to life 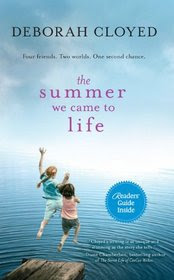 Deborah Cloyed's first novel, "The Summer We Came to Life," explores the power friendship, family and love. The powerful and well-crafted story uses a band of compelling characters to drive the plot.

Told from the point of view of Samantha Wheland, a free-spirited nomadic artist, the novel begins in the weeks before she begins a year-long residency in Honduras. She and her two best friends — Isabel and Kendra — are still reeling from the death of their childhood friend, Mina, six months earlier.

Since they were five, the four girls turned women took vacations every summer with Isabel and Kendra's mothers. This summer, Samantha is hesitant to take the trip, because it would be their first without Mina. At the same time, Sam is trying to decide whether or not she should accept the marriage proposal from her French film director boyfriend. Isabel and Kendra are also struggling to cope with their grief, and each face changes to their life's circumstances, which they are trying to resolve.

With the insight and experience shared by Kendra's parents, Isabel's mother and Mina's father, the three remaining friends shape their decisions. Cloyed effectively tells these stories to the reader by at times having it shared in the parent's voice and other times with vivid flashbacks.

Cloyed also creatively keeps a link between the three women and Mina. Before her death, she wrote journals to each friend. Through these journals, Mina continues to have a voice and presence in the story.

Perhaps the most interesting part of the novel is the characters' search for life after death and the ability for the living and the dead to share a link.

Cloyed hit the mark in create both an entertaining and emotional story. "The Summer We Came to Life," shows the importance of the bonds of family — even if that connection is not by blood.