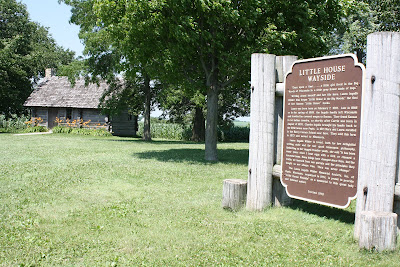 My travels this week took me somewhere I've always wanted to go: the birthplace of Laura Ingalls Wilder, one of my favorite authors.

Born in a log cabin 7 miles north of Pepin, Wis., Wilder went on to move around the country with her family then wrote the Little House series based on those experiences.

Though the cabin no longer exists, a replica now stands in the same place that inspired her first novel, Little House in the Big Woods. It is built with the same dimensions and creates the feel of what appeared in the books. 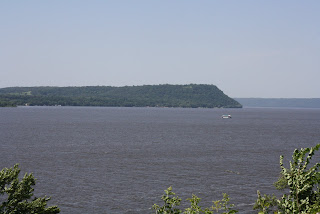 During my drive from the Twin Cities to Chicago on Wednesday, I decided to take the scenic route along the Mississippi River. It added about 20 minutes to my drive, but the view alone was worth it.

In my travels, I've seen the Mississippi from many points — between Minneapolis and St. Paul; Illinois' northern, central and southern border; in Baton Rouge, La.; and where it empties into the Gulf of Mexico in New Orleans.  This was my favorite. With all of the trees and rolling hills, I'm sure I saw the river at its finest.

I'm always struck by its intensity, and at times the fear associated with driving over those bridges, but in this instance I saw it at its most beautiful. It is such a powerful river, and its easy to see how it could inspire the likes of Huckleberry Finn, Popeye and other characters. 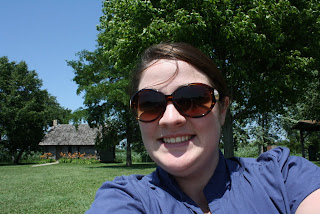 My mother read me the first book when I was 6. I loved it. The next few years I read the rest of the series, and they are still among my favorite reads.

Ever since, I always wanted to visit the Big Woods where Laura and her family lived, among the other locations in Iowa, Minnesota and South Dakota, not to mention the places not written about, such as her home in the Ozarks. This was my first stop, and I found it fitting, because this was where her adventures started, too.

On the winding drive up the hilltop to the cabin, I thought about what I would find. I had a good idea of what the general layout would be, but I was worried I would find it abandoned and rarely visited. Instead, I saw one family leaving and another touring the little cabin. The family that walked the grounds while I was there included a mother and her two daughters who drove up from Florida. As a vacation, they planned to tour all of her homes.

Later, when I stopped by the Laura Ingalls Wilder Museum in Pepin, I again found several families touring it. I was thrilled to see two little girls picking out bonnets to take home with them to Colorado, and explaining Laura's story to their father.

When I was checking out at the gift shop, I bought myself a T-shirt and bookmark, I asked the woman who runs it if they have regular visitors. She said they are constantly busy and have many visitors during the town's annual Laura Ingalls Wilder Days every September. She said they have people come in from across the country, and even from around the world.

Visiting this site was a wonderful experience, and one I am glad I had. Moments like this serve as great inspiration for me. I credit these books with helping develop my passion for literature and for making me want to become a writer.

Here are a few of the photos I snapped during my visit:

With that, I'm on my way back to Nebraska. I have quite the drive ahead of me, but I can't wait to be home. Thanks for reading about my most recent adventure. I hope you have a great weekend, and I'll be back next week with more.

I'd love to hear feedback from any of you. I also invite you to follow me on Twitter @lmchap.