the teacher and the doctor 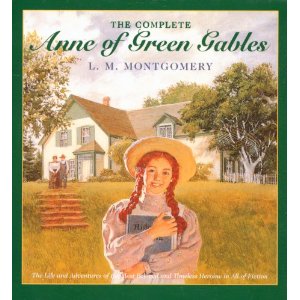 PBMG No. 3: Anne Shirley and Gilbert Blythe from the "Anne of Green Gables" series

The scoop on Anne and Gilbert

Anne Shirley is an orphaned girl who goes to live with the Cuthberts — a brother and sister who initially wanted a boy to come live with them to help with the farm work. Anne instead joins the family and brings excitement to their lives with her romantic and imaginative lives.

Gilbert is one of her who classmates. He's intelligent, humorous, funny and initially a bane on Anne's existence.

We see them at different moments in their lives thanks to the multi-book series.

Anne and Gilbert's acquaintance begins when they are students at the school in Avonlea. Gilbert calls her "Carrots," because of her red hair, which infuriates Anne, and she breaks her slate over his head. Despite his attempts at seeking forgiveness, she rebuffs him for years. The two are highly competitive with one another academically, which proves beneficial as both do well enough in their studies that they are able to achieve their goals.

Eventually, Gilbert gives up a teaching position so Anne may take it to support her foster mother. He has loved her for years, and Anne feels strong friendship toward him.

They go through rough patches, and quit speaking again when Gilbert proposes to Anne and she rejects him. She asks if they can still be friends, in a passionate moment, he tells her he can't be only friends with her, because it's not enough.

After two years of distance, Gilbert sends Anne a bouquet of flowers for their graduation. She carries them with her through commencement instead of the ones sent to her by her gentleman caller, Roy, and wear a necklace he had once given her.

Though they end up having another misunderstanding and don't yet reconcile, it's a beautiful moment. It marks her realization that what she and Gilbert had was special and goes beyond the connection she could find with anyone else.

Soon after, Gilbert contracts Typhoid Fever and is close to dying. At this moment, Anne realizes that she truly does love him and worries she'll never get to tell him. He recovers and the two resume their friendship. Gilbert learns that Anne refused a marriage proposal from Roy and decides to give a relationship with her another try. He once again asks her to marry him, and this time she accepts with a look of love.


Why I love them

Through the series, we see the struggles Anne and Gilbert face. A prolonged engagement while he finishes medical school, the death of their first child right after birth and so on. They face real conflicts, but still have each other.

So often, romantic figures in books are hardly very realistic, but in this case they are — which I love.

The rose of love made the blossom of friendship pale and scentless by contrast.(Anne of the Island, page 240)

"I have a dream" he said slowly. "I persist in dreaming it, although it has often seemed to me that it could never come true. I dream of a home with a heart-fire in it, a cat and dog, and the footsteps of friends — and you!"
(Anne of the Island, page 241)

"I've loved you ever since that day you broke your slate over my head in school."
(Anne of the Island, page 242)

"I don't want sunbursts and marble halls. I just want you."
(Anne of the Island, page 243)

Gilbert was accustomed to refer to himself as 'an old married man.' But he still looked upon Anne with the incredulous eyes of a lover. He couldn't wholly believe yet that she was really his.
(Anne's House of Dreams, page 166)

Apologies for the lateness on posting this one. I hope you liked it. Read the original Project Boy Meets Girl post to learn more about this series or click on "pbmg" under labels to read the previous couples featured in this series.

Check back Tuesday for No. 2.
Posted by Laura Chapman