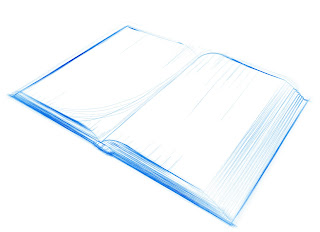 The first line can make or break a story. A writer must reach out to his or her audience in that one sentence or paragraph. It sets the tone. It pulls readers in and makes them want to turn page after page to see the story through its end.

It is like a pick-up line. If a book does not have a winning opener, there is a good chance the reader will not be interested. No pressure, writers.

Then what makes a first line good?

I'm sorry to say, but everything I've heard or read is subjective. You can increase your chances of writing a quality first line (and whole book), by having a firm grasp on the story you will tell, including who the characters are, the world they exist in and the adventure will undertake. In doing so, you will write a good opener, because you know the story you will tell.

As an activity to ease this perceived anxiety, I created a quiz for my writing group colleagues a few months ago. The objective is to see how many of the first lines you can match to the title and author. While you do it, think about how that line sets the tone for the whole story if you are familiar with the work.

2. “Christmas won’t be Christmas without any presents,” grumbled Jo, lying on the rug.

4. All this happened, more or less.

5. Marley was dead to begin with.

6. Miss Jane Marple was sitting by her window.

7. My name was Salmon, like the fish; first name, Susie.

8. Only three people were left under the red and white awning of the grease joint: Grady, me, and the fry cook.

11. There was no possibility of taking a walk that day.

12. Mr. Jones of the Manor Farm, had locked the hen-houses for the night, but was too drunk to remember to shut the popholes.

13. It is a truth universally acknowledged, that a single man in possession of a good fortune, must be in want of a wife.

14. “Where’s papa going with that ax?” said Fern to her mother as they were setting the table for breakfast.

15. A throng of bearded men, in sad-colored garments, and gray, stepple-crowned hats, intermixed with women, some wearing hoods and others bareheaded, was assembled in front of a wooden edifice, the door of which was heavily timbered with oak, and studded with iron spikes.

16. When he was nearly thirteen, my brother Jem got his arm badly broken at the elbow.

17. Scarlett O’Hara was not beautiful, but men seldom realized it when caught by her charm as the Tarleton twins were.

18. When I was seventeen, my life changed forever.

20. It became their motto, and Jonesy couldn’t for the life of him remember which of them started saying it first.

Answer Bank
a. Pride and Prejudice by Jane Austen

b. Little Women by Lousia May Alcott

e. The Face on the Milk Carton by Caroline B. Cooney

i. Catch-22 by Joseph Heller

j. One Flew Over the Cuckoo’s Nest by Ken Kesey

l. Confessions of a Shopaholic by Sophie Kinsella

m. To Kill a Mockingbird by Harper Lee

o. Gone With the Wind by Margaret Mitchell

r. A Walk to Remember by Nicholas Sparks