stuck in the friend zone 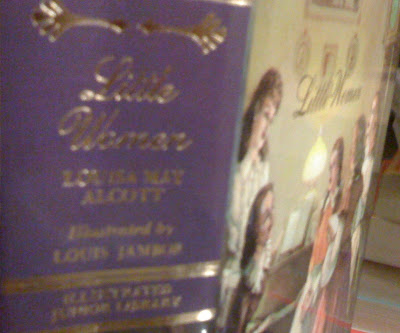 No. 7: Laurie Laurence from Little Women by Louisa May Alcott

Laurie and Jo could have been one of my favorite romantic couples if only Louisa May would have acted upon my wishes. Instead, here Laurie appears on my list of favorite BFFs for the friendship he has with Jo March.

Theodore "Laurie" Laurence, who Jo calls "Teddy," lives next door to the March family with his grandfather. Like Jo, Laurie enjoys mischief and the two engage in adventures, and occasionally misadventures, throughout their childhood and adulthood together.

Though for a time Laurie fancies himself in love with Jo, he eventually comes to see their relationship as she does: that the two are good friends, with a strong bond, that can get them through the tough times. Even if there is no romantic element to it. Sigh.

In book one (the novel as we know it is split into two books), Jo's younger sister Beth becomes ill. The other three March sisters rally together to care for her while their mother is away taking care of their father, who became injured while serving in the Civil War.

The Lawrence family, including Laurie and his grandfather, come to the girls' assistance in multiple ways. They help Beth get the medical care she needs. They bring her mother home. Laurie also acts a support system for Jo, who is deeply troubled by her sister's plight.

"Laurie, you're an angel! How shall I ever thank you?" Jo says.

"I never shall stop loving you; but the love is altered, and I have learned to see that it is better as it is." (581)

Why I love him

When I was a little girl — we're talking YOUNG, like 3 to 6 — I spent most of my time playing with the neighborhood boys. I could relate to Jo, because while wearing a dress, you could often find me climbing across a jungle gym, Army-crawling in the dirt or running up a slide. Yes, up. That's how I rolled. I was loud and rowdy, and my favorite friends would accompany me on whatever innocent mayhem I wanted to undertake.

Laurie would have been the perfect friend for little Laura, like he was for Jo. At a young age, he was her partner-in-crime. They often got into trouble together, but that only meant they had a good story to tell later.

Though easily swayed into mischief, and sometimes naughty on his own, Laurie is good at heart. He cares for others and protects those he calls his friends.

As they grew up, their relationships matured. Laurie married one of Jo's sisters, and the friends became brother and sister in law, like they had often been in life. Through tough times, such as family illness, each was the rock for the other, which is a must for any of my BFFs.

Here's another reason why I love him: I secretly wanted Laurie and Jo to get together in the end.

While I like the man Jo married (she and the professor were my No. 10 favorite literary couple in Project Boy Meets Girl), I was always Team Laurie. They had history, and went through life together. I wanted those two kids to settle down. Together. Unfortunately for me, but fortunately for posterity, the two entered the friend zone early and decided to put their roots there instead of giving romance a go.

I suppose it would have been too nice and tidy if that were the case. Don't judge me, because I love happy ever afters and childhood friends who discover love together later in life. Apparently I stopped being so much like Jo sometime in elementary school. That must be where I got my romantic notions.

So... even though that didn't happen for in this case, Laurie and Jo's friendship is still wonderful.

Return Tuesday to see who will be the No. 6 BFF. You can also read more about the series by visiting the "Projects" page, posted on the bar at the top of the page.