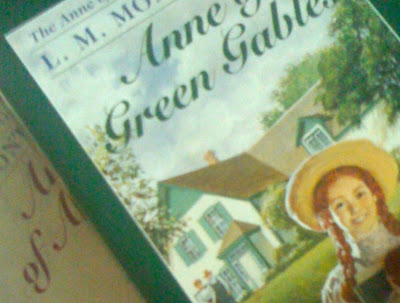 No. 6: Diana Barry from the Anne of Green Gables series by L.M. Montgomery

Anne and Diana become instant friends when the Cuthberts adopt Miss Shirley. Calling Diana her "bosom friend" Anne and her new friend undergo adventures as children and maintain a close friendship into adulthood.

Despite their differences in upbringing and personalities, Anne and Diana's fast friendship sustains years and obstacles.

In book one, Anne of Green Gables, I love when Anne, playing the dutiful hostess accidentally gets her BFF Diana drunk on Marilla's homemade wine, thinking it was cordial. Though the two are forbidden from associating with each other for a while, the scene cracks me up.

Plus, the two girls don't let something as simple as a ban keep them from being BFFs.

In Anne's House of Dreams, I like when the night before her wedding to Gilbert, Anne and her BFF steal a few hours together. They remember life, talk about the present and speculate about the future. Though Anne previously went away to school, her marriage to Gilbert marks the transition when Anne really moves away from Green Gables, and this scene is a beautiful send-off for these two long-time friends.

(All from Anne of Green Gables, because it's all I had with me. I'm on the road this week, folks, and had to minimize my packing where I could.)

"I'm awfully glad you've come to live at Green Gables. It will be jolly to have somebody to play with. There isn't any other girl who lives near enough to play with, and I've no sisters big enough."

"I'll never have another bosom friend—I don't want to have. I couldn't love anybody as I love you."

"It'll be good, all right," assured Diana, who was a very comfortable sort of friend. "I'm sure that piece of the one you made that we had for lunch in Idlewild two weeks ago was perfectly elegant."

"Well, your recitations just brought down the house, Anne. That sad one was simply splendid."


Why I love him/her/them

Diana adores Anne and Anne adores Diana. You see this throughout their books.

It started early, when they were still children. For example, in the quote above from book one, "It'll be good all right..." Diana comforts Anne, who is worried about making a cake. The cake ends up awful when Anne accidentally puts medicine in the cake, but what a good buddy having her back despite the inevitable failure?

When one of them gets in trouble, the other is quick to take some of the blame in hopes of lightening the punishment. A good bestie is one who won't let you go through the trials on your own.

As grown women, the two besties continue to show their devotion to each other. Diana names her firstborn daughter Anne Cordelia (Anne, for her friend's name, and Cordelia, for the name her friend always wanted to have). Likewise, Anne names one of her daughters Diana, known as Nan for short.

Even though Anne goes on to have other adventures, there is still a connection between the two women. Though Diana's role lessons throughout the course of the book, Anne never forgets her and you know they are still important to each other.

Anne and Diana's relationship shows that even though two people can be quite different they can still develop a close kinship.


Return Thursday to see who will be the No. 5 BFF. You can also read more about the series by visiting the "Projects" page, posted on the bar at the top of the page.