one friend to rule them all


No. 1: Samwise Gangee from the Lord of the Rings series by J.R.R. Tolkien

The Lord of the Rings trilogy shows how a person, even a small one, can make a big difference in his or her world. Sam, Frodo's travel companion and friend, exemplifies this throughout the series. A gardener-turned bodyguard and motivator at times, Sam rises above the expectations people have for him to become a hero. 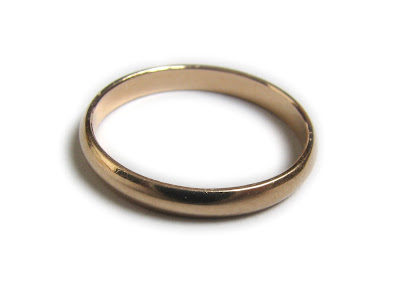 Sam is Frodo Baggins' gardener. He was made Frodo's first companion on his journey to Rivendell. When the Fellowship split up, Sam accompanied Frodo and cared for him, carrying much of the burden of maintaing their survival.

In Return of the King, Frodo and Sam succeed in destroying the ring. Frodo finally shows his appreciation for his friend, who has stuck with him through great peril. He says, "For the Quest is achieved, and now all is over. I am glad that you are here with me. Here at the end of all things, Sam."

This is eventually followed by the ending and resolution, where Frodo and Bilbo leave for the west, and Sam bids his friend farewell in an immensely touching scene.

I also love a scene from the trilogy. It gives me goosebumps. Normally, I wouldn't include a specific one from the film, but it was this scene that made me love the trilogy, and it built my interest.

In The Two Towers, Sam and Frodo are taken to Gondor after nearly reaching Mordor, where they needed to go to destroy the ring. In their moment of devastation and personal darkness, Sam makes a powerful speech, which inspires his friends and those around him.

Sam, who has already shown his dedication and devotion to his friend by sticking with him, wins the title of best BFF in that moment. Sam, who was once innocent and unworldly shows how much he has changed, how his worldview has grown and how he will continue to stick by his friend. He also reminds Frodo what it is that they're working toward. His words are a game changer for the whole story, and his devotion carries them through to fulfill their duty. Though he didn't utter these words in the book, I'd like to think he would have.


"It would be the death of you to come with me, Sam," said Frodo, "and I could not have borne that."
"Not as certain as being left behind," said Sam.
"But I am going to Mordor."
"I know that well enough, Mr. Frodo. Of course you are. And I'm coming with you."

Fellowship of the Ring

"How would this do: and they all settled down and lived together happily ever after?"
"It will do well, if it ever comes to that," said Frodo.
"Ah!" said Sam. "And where will they live? That's what I often wonder."

Fellowship of the Ring

"I know we are going to take a very long road, into darkness; but I know I can't turn back. It isn't to see Elves now, nor dragons, nor mountains, that I want - I don't rightly know what I want: but I have something to do before the end, and it lies ahead, not in the Shire."
Fellowship of the Ring

"Though here at journey's end I lie in darkness buried deep, beyond all towers strong and high, beyond all mountains steep, above all shadows rides the Sun and Stars forever dwell: I will not say the Day is done, nor bid the Stars farewell."
The Return of the King

Why I love him

When I told my mom I was going to do this series she told me I had to include Samwise Gangee. She was right — completely right, as it turns out.

Talk about an epic BFF. How many buddies of yours would go with you to the end of the Earth and be willing to sacrifice their lives for you? How many of them have actually done it? There you go.

I knew about the LOTR trilogy as long as I can remember. My mom was a fan, so we watched the animated films growing up. As a high school student, Peter Jackson released his trilogy. I worked at a movie theater at the time, and this rekindled my interest in the series.

I read the books during college, admittedly not as faithfully or thoroughly as others I've read (and I do intend to reread them and pay better attention some day), but I was always moved by Sam in both print and film. Sam is loyal, courageous, kind and good. He shows the lengths he would go to for friendship in a way few others have had the chance.

There's not much else to say about Sam, because anyone who has read the books or seen the movies has seen his character.

Thank you for reading Project BFF. You can also read more about the series by visiting the "Projects" page, posted on the bar at the top of the page. Return this afternoon to read my final thoughts on the project and see some honorable mentions.