the power of words

Blogger's note: Kathy is one of my favorite people. She's the type of person you have fun with. Six weeks ago, I challenged her to a road trip scavenger hunt while she was in Missouri and Tennessee and I was in Colorado and Wyoming. We had a blast and built memories together even though we were more than 1,000 miles a part. She is more, though. She thinks and feels deeply. She expresses herself well and is a master storyteller. But you will see for that yourself. 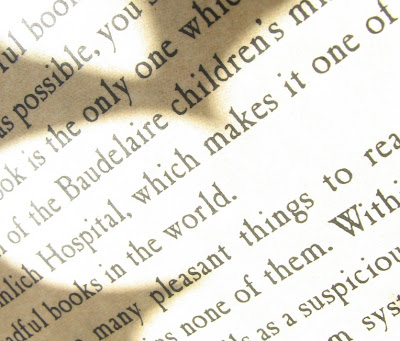 I have been struggling to write a blog for my dear friend Laura's writing blog. I have put it off for almost a month now and I must admit, I'm ashamed.

Part of it involves feelings of inadequacy. I've not written anything noteworthy except to those who I've written about.

There was the WWII veteran who was a POW in Germany and ate nothing but potato water, cabbage and bread for three years. He would do well on the current low carb trend as he just likes meat now. I remember his wife peeking around the 1970s squared passageway between the dining room and living room. Not much had changed in 20 years, except her interest.

She had never heard her husband speak freely of his service, though she had no doubt heard incoherent, incomprehensible words of the night. As he spoke of being marched along the frozen German death roads, picking up a fallen, emaciated Polish man who could go no further, I realized that I was just an idiot who was given a privilege. Several months after the article appeared in the newspaper, the man's sisters, who lived in another state, came in to buy extra copies. They never knew a damn thing.

Then, there was the man who committed suicide before an article I wrote was set for publication. He really hadn't done anything "bad," especially by today's standards. However, he was in charge of a public institution that was deemed by government standards to have fallen below the mark du jour. I told him that I was not writing a "gotcha" piece and that it would be great if he could explain why things were the way they were. He tried, but could not find the words. I suspect that's why a bullet to the brain trumped my investigative journalism debut.

Truth is, it was a gotcha piece. The non-reporter portion of me said it wasn't, but the societal champion in me patted me on the back for exposing dirtiness in a small town.

But, to him, the man who killed himself, there was nothing truer than "I gotcha!"

I was simply reporting my findings of public record! I was a reporter and the job of a reporter is to report what is available to all. I considered, and still do, that there must be a segment of society who examine what goes on at any level of public and private service.

Every choice we as people, and as writers/ reporters, make has consequences. Mine involved taking down a not-so-big fish in a small town. By all accounts, he was a really nice guy. Clearly there was more or why put a gun in your mouth? My article was just the proverbial straw. That is one of my consequences.

I have many positive outcomes.

There was an article I wrote about several generations of sisters who all celebrated 50 years of marriage. I did a three-part series on autism (before it was fashionable) and got flowers delivered to my office by a grateful mom. I love moms! Maybe it's because I am one. I have a file drawer of really awesome thanks from people who no one will ever likely know about except me and those who love me.

Okay. I'm done preaching. I'm told by those who love me that I preach. Perhaps I do. My defense would be that I am a sucker for people and their stories. In my most intimate of moments, sitting... on the dock of the bay (shame on you for thinking toilet), I am constantly thinking of people because that is what life, and writing, is all about.

It may be the guy with the cardboard sign at the intersection of I-44 and Glenstone Ave.; it may be the clerk who sold me my Diet Coke and cigarettes; it may be the crabby bitch next door who cannot appreciate my pear tree's gifts in her front lawn; it may be the person on the other side of my whack-a-mole office space.