bones: the crack in the code 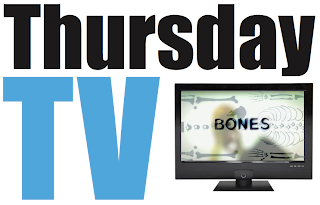 After a kind of blah first half, the Bones mid-season finale had a lot to offer.

With proper attention given to Brennan and Booth's living arrangements and future brood, most of the show's attention was on introducing a new serial killer villain. This one is a good one. The killer is probably the creepiest they have ever gone up against.

Hours after watching the episode, I am still freaked out about this one. Without giving away too many details, let me just say that this villain will be tough for the Jeffersonian team to beat, and there will be a lot at stake for everyone. It appears no boundaries are in place and nothing is off limits.

The fast-paced episode kept my interest and even had my heart rate going a little faster at moments. The crime was good. The crime-solving was intriguing. This was the first case in a while that really piqued my interest.

As far as other parts of the episode go:
•  The crew effectively used Brennan given the stars' condition. (I believe she gave birth in real life quite soon after filming wrapped — like within a day or so.)
•  The subplot of Brennan and Booth finding a home was also good to see come to fruition. Though important to them, and continuously on their minds, it didn't dominate the other elements of the story (which has kind of been an issue this season).
•  It was good to see Hodgins and Angela work together to do some serious crime solving. They, along with the other secondary characters, stepped it up in this episode.

Bones will be on a break while The Finder takes its regular spot. We'll be back in a few months on this one.