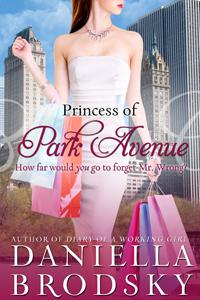 You can change your zip code, job and highlights, but can you ever change who you are at heart? That is where Lorraine Machuchi finds herself in Daniella Brodsky's Princess of Park Avenue.

She's a Brooklyn girl who devoted most of her life to loving Tommy Lupo and waiting for him to commit. Lorraine realizes her visions of happily ever after might not come true unless she changes.  After throwing away earlier opportunities, she finally makes it to Manhattan as a hair stylist to prove something to the world — especially Tommy.

Enter the princesses. Forget Paris and Nicole, this band of frenemies are at the top of the social pyramid in Manhattan now. As characters go, these ladies might make it onto my list of favorites to hate. They're fake and catty, and while I would hate to ever cross paths with them in real life, they were fun to read.

When Lorraine gains the princesses' notice, she sees an opportunity to take her ambitions higher. Throughout this journey, she becomes a famed stylist, finds romance with a new man and learns to appreciate the friends and family from her old neighborhood.

It took me a while to get into Lorraine's world, because it took me a while to get into her. On one level I could relate with her. I know what it's like to sit around and wonder "will he, won't he" with a man. Granted, I didn't waste 20 years, just a Saturday night, but still, I get it. On another, I was frustrated with her. Couldn't she see what she was doing by hanging onto a loser like Tommy? And even after she made changes in her life, was she doing it for the right reasons?

Ultimately, she grew on me, and I found myself rooting for her. When I was frustrated, it was because I wanted her to succeed.

There were a few parts of this book I enjoyed and want to note:
•  The eBay auction sales items at the beginning of the chapters. The item descriptions and buyer comments were not only funny, but they gave a unique glimpse at what was ahead for Lorraine and her friends.
•  The celebrity cameos. Like when Bridget Jones interviewed Colin Firth in The Edge of Reason, I love to see a main character hang with celebs. I always wonder how accurate they are portrayed. I especially wonder if Sarah Jessica Parker likes chatting while she gets her hair done.
•  Pooh-Pooh, the dog. I always love a well-written pet, and I can totally relate to the bond she develops with him.
•  Matt. He was totally adorable, and for a while I was ready to offer myself in Lorraine's place if she didn't wake up and see the sexy in front of her. 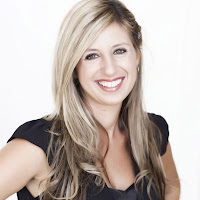 Daniella Brodsky is the author of six novels published by Penguin, Random House and Simon & Schuster, one of which has been adapted by Disney as the film, Beauty & The Briefcase, starring Hilary Duff.


Daniella teaches at ANU’s CCE and at her Captain Cook Studio. A native New Yorker, she lives in Canberra, where she is writing her next novel, The Book Code, which has been awarded a 2012 Varuna fellowship.


View the rest of her Chick Lit Plus tour here and enter to win prizes.