Blogger's note: After reviewing Romi Moondi's Year of the Chick yesterday, I'm pleased to welcome her as today's guest blogger. Being a writer is a tough process, and Romi was good enough to share her experience. She is proof that instead of waiting for opportunities, you have to create them. 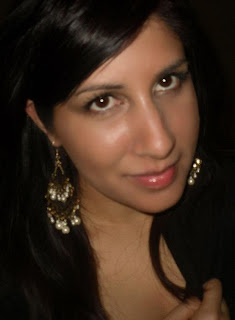 Hi Laura, I'm really glad you gave me the chance to post here, because especially with the hope of a new year upon us, I wanted to talk about lifelong dreams and never giving up.

My dream for the last 10 years was the following: finish a book, get it published and have an audience of readers who aren't just my friends.

For the first several years of my dream, I was aimless and ignorant. The quality wasn't there, the focus wasn't there, and the research required in finding a good agent wasn't there.

By 2008, with six months of random blogging under my belt, a good friend helped me figure out a theme, and the blog for Year of the Chick began. It was one girl's diary of taking a year to find a man and avoid arranged marriage. It bordered on ridiculous and many of the scenarios were far-fetched, but the underlying feelings were real.

After 12 months of Year of the Chick, more than 100,000 hits and an average of 40 comments per post, I felt confident that this topic was something people cared about.

Again with the help of a friend and fellow writer, a writing group I formed in Toronto, and an online writing workshop where I posted a chapter a week, I finished my first full-length novel.

Then came the literary agent rejections.

It was probably 80 rejections and no-replies, until I finally found an agent.

Then came the PUBLISHER rejections.

Every publishing house I'd ever heard of said they liked my book but didn't love it, or whatever else you might say to a wide-eyed writer trying to break through the slush-pile.

By mid-2010, I banished Year of the Chick, far, far away into my hard drive, and focused on blogging for a while. Blogging was fun, there was no rejection, and I was writing what I loved.

For the rest of the year, I switched between blogging and writing a parody of the bestselling The Book of Awesome. When my agent decided she didn't like this parody, I said goodbye to her. The only other option was changing it to suit her interests. And I refused to do that. So I finished my Book of Awful parody by early 2011, because even if I didn't know who would take it, I wanted to finish it for ME.

Then came Amazon, and the wonder of "self-publishing." This wasn't a brand new thing, but it was the first I'd heard of it, and it finally overcame the obstacle of the gatekeepers standing in my way. The only trick of course was that you had to publish something very good, or the readers would let you know it sucked.

Fair enough, so I decided to try.

What followed was the resurgence of my dream, and since then I've never looked back. 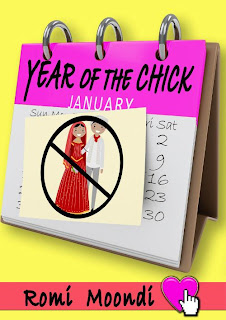 I've been self-published for eight months now, with The Book of Awful accounting for most of my 1,100 sales, and the new release Year of the Chick making up the rest. That's right, self-publishing on Amazon/iTunes/Kobo/Barnes & Noble gave me the confidence and opportunity to dust off Year of the Chick, re-edit it, and bring it out into the world this past November. It is available in digital and print, and it's the best thing I ever did.

This was never the route I imagined, when ten years ago I wished to be a published author. But does it really matter how it happened? I don't think so. Best of all, each new stranger that leaves a wall post on my Facebook Author page telling me they loved Year of the Chick, makes me realize my dream came true.

So don't give up when the path to your dream looks different than what you envisioned; just remember the main desire, and follow it to the end.

Thanks for listening and I hope you'll enjoy Year of the Chick, a humorous book one in a trilogy that means the world to me.

Brief bio:
I am Canadian, and here are some strange personal facts:

•  I wore denim-top-to-bottom in high school (there is a direct inverse relationship between how much denim I wore and how few tongues were launched down my throat at school dances...or anywhere in high school at all).
•  I'm continually baffled by that Malaysian baby whose father let him smoke two packs of cigarettes a day. That baby had so many fat rolls, and I thought cigarettes were supposed to be slimming.
•  I always hated those insufferable couples who would cuddle and make out on the subway...until I became half of one. But now I'm back to being none of one so I hate them again.

Check out Romi's other stops on her blog tour: http://www.clpblogtours.com/2011/12/year-of-chick-by-romi-moondi.html