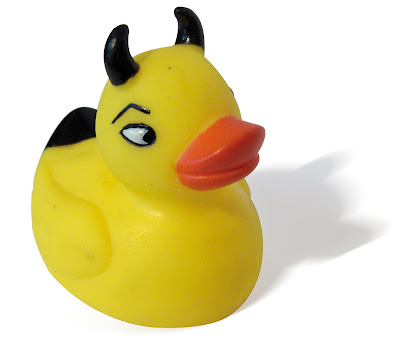 Consider your favorite heroes and heroines. Now think about how many of their stories have an equally, awesomely bad villain. Sometimes, the villain is an enemy of war, a bad boss or just plain competition. In some instances, the hero or heroine's battle against the villain is the main plot of the story. Other times it is a small story arc. Regardless, they bring the drama — and occasionally some humor — while making the story more memorable.

Beginning next Tuesday, Jan. 10, I will honor my top 10 favorite baddies in literature with a five-week series: Vile Villains. Every Tuesday at 7 a.m. and 2 p.m., I will post a new baddie to add to the list.

Though I will be the first to admit my list will be purely subjective — this is my list, and I'll put whoever I want on it — I will look for key traits. For example, how the character operates as a stand alone, the impact he or she has on the protagonist and why he or she matters to the overall story.

With bad guys and gals on our minds, I have to ask: Who are your favorite villains? My list is already done, but I want to know who you love to hate, too.

Email ThisBlogThis!Share to TwitterShare to FacebookShare to Pinterest
Labels: villains