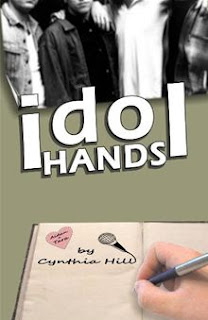 Told through a series of diary entries and news articles, the story begins when the main character Tara realizes her disillusionment at the life she has. After watching a TV program about Idol Hands, a boy band from her youth, she decides to find and reconnect with her ex-boyfriend, a member of the band. Leaving her home and life behind, she travels from Canada, to Philadelphia to Carmel, Calif., on her quest to start over.

Or so it seems.

I can not say much more without giving away key plot elements that would ruin the story for you (sorry).

I can say that this book was well done, interesting and worth the read. I was highly entertained, intrigued and held in suspense, never able to guess what would happen next. It tackles serious issues and makes the reader think. If you read this expecting a typical romantic comedy, expect to have your mind blown.

As a character, Tara was compelling and fascinated me. Even as she lets us into her personal diary, she holds the reader at a distance. I never entirely bonded with her, but I cared about what happened. This was good writing on Hill's part, because usually if I don't connect with a character I will not enjoy the story.

For me, a long-time boy band fanatic and lover of Hollywood countdowns and trivia, the story's premise grabbed my attention. I was born a little too late to totally jump on the New Kids on the Block bandwagon when they were new and young (though my parents have video footage of me singing a mash-up of Hanging Tough and Bon Jovi's Lay Your Hands of Me as a 3-year-old), but I saw definite similarities between them and Idol Hands. Even though you know the band in the book is imaginary, drawing that connection to something so familiar to me was a way to connect.

The ending completely shocked me. I did not see it coming. However, it was the best ending that could come for the story. Though it raised new questions, it gave enough answers (and certainly explained a few elements I wondered about during the novel) to satisfy me. I am still thinking about it and probably will for a while.