interview with the author of 'waitlisted' 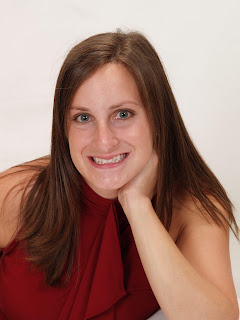 I'm pleased to welcome Laurel Gans author of Waitlisted to Change the Word as part of her blog tour. After reviewing her book yesterday, it's great to have her share some insight, today. Thanks, Laurel!

Change the Word: How has your own college experience compare with your character Kacey's?
Laurel Gans: Kacey and I both stunk at physics and were great at getting parking tickets, Scrabble and late night trips to Wal-Mart (I was bit wild in those days).

I loved college and I tried to mix my own experiences into the story as much as I could. We both studied plenty but had an amazing time enjoying our friends and our freedom. In addition to Kacey, I tried to give each of the characters a little bit from my experience. Like me, Natalie was a Spanish major and Taylor and I were both science tutors. I really enjoyed writing lines for Kacey’s goofy twin friends, Cara and Tara. Cara and Tara are basically how I think the rest of the world views my identical twin sister, Stephanie and me. We’re both giggly, overly co-dependent, and half the time people can’t follow our conversations.

The HSSL is based on one of my favorite places at Bowling Green State University, the HSRC (Health Science Residential Community). We got amazing tutoring, free food and all the Diet Sunkist you could dream of!

CTW: Did any of your college moments make it into the book?
LG: Oh yes! My moments and Stephanie’s moments made the book.

The scene where Kacey is shadowing the dentist and the old patient says, “She can sit on my lap if she’d like,” happened to Stephanie.  At first I changed the line to “Will she hold my hand if I get scared?” to make it a little more appropriate but Stephanie insisted I keep the line as it was said. Stephanie was also the amazing grade grubber, the one who made up her melting points in chemistry lab, and the one whose pen ran out of ink during the DAT.

I really did get hurt in organic chemistry lab. A glass pipette broke and half of it got lodged in my hand.  It was really bloody and I had to do that embarrassing thing when you sit in the hallway with your head down so you don’t pass out in front of the entire class. My TA was wonderful though and I got a great tour of the University of Akron health center! J
Like Kacey, I really struggled to pick a major. When I went to speak to my advisor she really did say, “It’s that you’re good at too many things, that’s why you can’t pick one thing to study.” I was really flattered until I found out she had said the exact same thing to Stephanie and our best friend.

CTW: How do you balance your writing schedule with your school schedule?
LG: I was very fortunate that I was able to finish Waitlisted just days before dental school began. It’s been tough to write regularly since school started but after boards this spring I should have much more time to write! 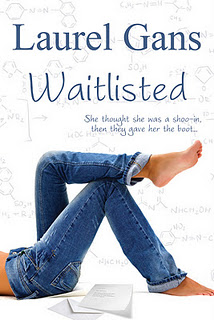 CTW: What was your planning process like for the book?
LG: I was rehearsing my answers to interview questions with my Dad before my Ohio State interview when I thought, “Wouldn’t it be funny if someone hired an overly dramatic acting coach to help them practice for an interview?” The idea made me laugh so I quickly wrote a scene in script format in which a young girl did just that. I also had been dying to write a scene about a science nerd excited over an actual cyclohexane “chair.” The two scenes were read by actors at that month’s local reading. I got some good laughs so I continued building the story around those two scenes.

It was my mom who suggested I try writing in novel format. I had only even written scripts in the past but I thought it might be fun to try. I knew my beginning and I had the basic idea of when I wanted to end the story. I also knew which funny aspects of my college experience I wanted to put in the book. Outlining didn’t really work for me. Instead, I wrote at least three pages a day and wrote until I made it to my ending. I would go to local readings once a month and pay close attention to the pacing of the story and how the audience responded to the humor. Afterwards, I knew which scenes to keep and which cut/change.

CTW: And how about the editing?
LW: I had a fantastic editor named Thalia S. Child who helped me tighten my story and make it flow perfectly!

CTW: What was the best lesson you learned from publishing this book?
LW: Hard work can lead to some wonderful things!

CTW: What are your future writing plans?
LW: I would love to write a fictional comedy about being a substitute teacher. The year between college and dental school I worked as a substitute at my cousins’ school district and I had an amazing time. I had five little cousins at the elementary school and had a blast seeing them every day.  I was everything from the gym teacher to the biology lab teacher. I think it would be really fun time of my life to write about!

CTW: Do you have any tips for aspiring authors?
LW: Try to write just a little every day even if you’re not feeling up to it. On days I was tired I would tell myself, “OK, I only have to write for ten minutes, and then I can go to bed.” Once I got going I was having too much fun to quit and would end up having a great three hour writing session!

CTW: You're a dental student, and my sister wants to know: Are you supposed to floss before or after brushing your teeth?
LW: Haha. I’ve heard either way is good!

Laurel Gans is a graduate of Bowling Green State University where she studied Spanish. She is currently a dental student at The Ohio State University with her twin sister, Stephanie. She enjoys writing, water sports and spending time with her family and friends.