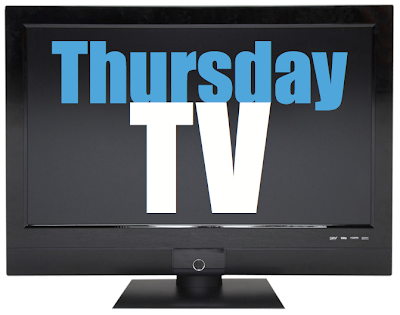 Happy Thursday, readers. That means two things: the work week is almost done, and we are in store for some great television, tonight.

First up, on an all new 30 Rock, the cast members are ready for some big changes. After being mugged, Jack decides to run for mayor. Meanwhile, Jenna and her boyfriend Paul, guest star Will Forte, try to act like a normal couple.

In last week's Valentine's Day episode, Liz made major strides in her relationship with Criss. (They survived a couple's trip to IKEA and lived to celebrate with a homemade dinner.) I am intrigued to see how this relationship unfolds. It seems to be off to a good start, but Liz's relationships usually find a way to go awry.

Now that Kenneth wants to have a new career, I am curious to see what is in store for him — if anything — long-term. His replacement, played by Kristen Schaal, also brought great humor to last week's episode, and I look forward to seeing how her Liz envy plays out.

"The Tuxedo Begins" appears tonight at 8 EST/ 7 CDT on NBC.

After one week off, Parks and Recreation is back, and so is a fan favorite from the past. Louis C.K. guest stars as Leslie's cop ex-boyfriend Dave. With Leslie's campaign under way and up against stiff competition from Sweetums darling Bobby Newport, she needs a big endorsement, say from the Pawnee Police Department. This puts her directly in Dave's path now that he is back after two years away.

This episode has to be a winner. If Dave still harbors any feelings for Leslie he will have stiff competition from her campaign manager/ boyfriend Ben. What makes this even funnier is Ben's obvious discomfort around police officers (remember last season?). I'm completely excited to see how this unfolds.

Meanwhile, it seems we will have another Mouse Rat appearance as Andy and the rest of the office work on a theme song for Leslie's campaign. It will also be interesting to see what ramifications come from Ann and Tom's date in the last episode.

Read my reviews of this week's episodes tomorrow morning.