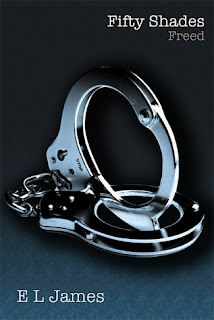 In the final installment of E L James' Fifty Shades trilogy, the main characters settle into playing house, albeit unconventionally, while facing the past and present obstacles that prevent them from living happily ever after.

Fifty Shades Freed begins with Anastasia Steele Grey and Christian Grey on their honeymoon after a short engagement and even shorter courtship. Even though they are obviously in love and manage to positively affect each other, life is far from a perfect paradise.

Ana continues to adjust to her new life as the wife a gazillionaire. At the same time, she wants to make a name for herself professionally, but finds that difficult with her newly-acquired fame. It's a struggle many woman face. We want to be independent. We want to rely on ourselves. But then again, it is also nice to have someone take care of you. Is it possible to have it both ways without compromising your values? That is Ana's quest.

Though making strides to heal the deep wounds from his past, Christian still defaults to his controlling and bristled manner when he feels threatened. Unfortunately, though falling madly in love with Ana has brought him out of his shell in many ways, it also makes him vulnerable. Sometimes, his control appears with him showing up unexpected in Ana's office to lay down the law and others in the bedroom (or playroom... or car... or yacht... or...)

While in the first novel, Christian's control was basically incomprehensible and seemed cruel, now it's different. Building on the last book, this installment further explains Christian's past, making his actions more understandable and less freaky. He controls, because he after years of no control, he needs something to hold onto. For the most part, his actions have mellowed, because of Ana's influence. He genuinely loves her and does not want to hurt her.

This final piece also contains a bonus short story titled Fifty Shades of Christian. In it, we see Christian's first Christmas with the Grey's and his point of view during his initial meeting with Ana. After reading the books, this was a welcome addition and gave even greater insight into a complicated man.

Overall, the characters are fascinating. The story is compelling. The words are well-written. It was definitely worth the hours I spent reading, and it went by quickly. Plus, it was super hot. And I even managed to get through this book without blushing.

Read my review of Fifty Shades of Grey (book one) here and Fifty Shades Darker (book two) here. Read the transcript of my friend and I's virtual book chat on book one.