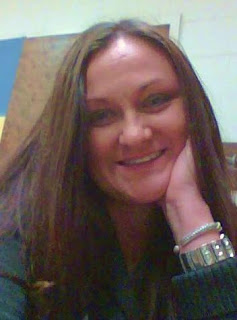 Blogger's Note: Today Andrea Murray, author of Vivid dishes on the research and planning behind creating her story.


Read my review of Vivid here.


When I began this first novel in the series, I began with Vivian.  As crazy as it sounds, I dreamed about her.  The first dream I had was the scene at the lake where Easton sees her "drawing lightning" into her body.  So, I knew her powers had to involve energy.

Ironically enough, science was my worst subject in school, but lucky for me, my husband (who is a coach and a closet nerd) loves science and teaches science.  He helped some with my questions about electricity and energy, but I did some Internet research as well.  I took a few liberties--sorry, science experts--since it is science fiction, but I tried to use as much science logic as possible.

I am a list maker, so I create a lot of outlines.  I try to keep my writers' notebook handy, but if I happen not to have it with me, I write on Wal-Mart receipts or check stubs, anything around.  I am currently halfway finished with the second novel, and both times I wrote vague outlines of the entire book.  I knew the beginning, the end, and some of the action in between.

As I write, the outlines become more specific, and I find myself going back into earlier chapters to add foreshadowing when a good idea strikes me later.  My students are constantly asking me what's going to happen in the next book, and I always respond, "I don't know.  The characters haven't shown me yet."  It drives them crazy!

With the first novel, the majority of the action occurs in or around the school, and Vivian is the only character with special gifts (unless you count Trista's bitchiness), so I didn't have to do a lot of advanced planning on the supernatural part of it.  Hoyt, the villain, evolved with the novel and with each of Vivian's dream chapters.  In the second novel, readers will see MANY more characters with special abilities, so accordingly, the planning has been more involved.  But I am loving it!  This second novel is so much more than the first, and I can't wait to see what Vivian does.

Andrea has been teaching English for longer than most of her students have been alive.  She has taught everything from junior high language arts to concurrent credit freshman composition. She lives in a very small town in Arkansas with her precocious daughter, energetic son, and racecar-driving husband.  When she isn't writing or reading novels for her students, she's probably watching reality television or cheesy science fiction movies.  In addition to Vivid, Andrea has also written Vicious, the sequel to her first novel.