the story behind felicity

Blogger's note: I am pleased to welcome Finding Felicity author Monica Marlowe to Change the Word as part of her Chick Lit Plus blog tour. Today, she shares the story behind the story and how she came up with her novel idea. 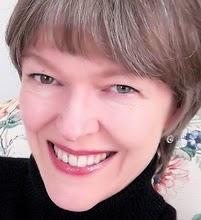 By the time I hung up the phone, the idea had already taken root. A friend of mine was on his way to meet with the CEO of a well-known lingerie company, a woman. I was asking myself, “What would she be like? What did she care about? Who did she care about? Was she happy?”  I’m the kind of writer who believes that character drives plot, so later that day, I went home and created Madeline O’Connor.  She was a successful entrepreneur who had devoted her life to her company, Felicity International.  Over the next few weeks, I got to know Madeline and the more I learned about her, the more I realized she really was not very happy. And I really wanted her to be.

As a spiritual seeker myself, I wanted Madeline to find peace, to find happiness, within herself and in small everyday things.  Where would she find it? How could she find it? As I started asking these questions, I remembered a retreat I had taken to a small monastery in Santa Barbara. I had been struck by how handsome one of the monks had been. Beyond that, I was captivated by how “normal” he seemed in his everyday secular clothes doing chores around the monastery. He could have been any man, anywhere.

As the ideas began to flow, I knew I needed help flushing them out to become a full-length novel. It had been a lifelong dream of mine to write so I took the plunge - I decided -  that this was the time and this was the story. I signed up for a class called “Writing Your First Novel” and began. It was in the class that the teacher and other students helped develop my ideas and the story even further. Questions like, “Where is the monastery that Madeline travels to? Why is she there? How can you increase the conflict? What would make this scene more dramatic?” all helped me craft the story into the final manuscript for Finding Felicity.

The word “felicity” means great joy or happiness.  I knew that Madeline was a woman who thought she was happy and wanted her to discover that life, and love, had so much more in store for her; I just sent her off to Italy and watched what happened. In many ways, the characters in this story revealed the plot to me. All I had to do was write it down for them.  There were many developments in the story that I had not planned at all.  I’d find myself sitting at my desk writing and all of a sudden, Madeline would say to do something that would send the story off into another direction.  Characters can be that way!

In the end, Finding Felicity came to be written because I met some characters that simply had a story to tell.  I just got out of their way and let them tell it.

About the Author
Monica Marlowe was born in Toronto and later moved to Los Angeles. While in LA, Monica studied the craft of novel writing and participated in the Noel Hynd Workshop. She holds a Master of Arts Degree in Spiritual Psychology. Now, Monica makes her home in North Carolina and divides her time between the East and West Coasts. Monica is currently writing a memoir, The Gift Horse, about acquiring her first horse and finding herself on a most unexpected path. Monica writes stories about heroes and heroines who follow their heart, wherever the path may lead, knowing that the heart has reasons of its own. 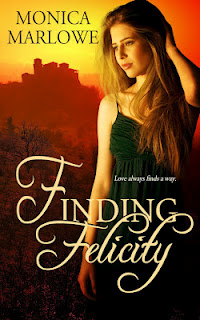 About Finding Felicity
When Madeline O'Connor learns that her estranged sister is gravely ill, she leaves behind her life in Manhattan to be at her sister's side in Italy. There, she discovers an ancient Benedictine monastery that accommodates travelers, and she decides to stay there, among the monks. Everything in her life turns upside down when she falls for Brother Anthony Lamberti, a soft-spoken Italian completely different from the men she knows in New York. Together Madeline and Anthony find love for the first time, and learn that life and love always find a way. When her sister dies, a new life for Madeline begins. A new life that she would never have imagined and yet is perfect for her in every way.