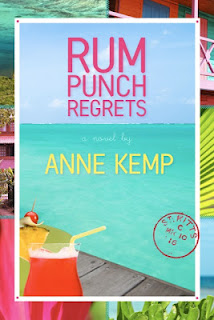 Recovering from an awful break-up (lying cheater) and receiving a pink slip at work (start-up jerks), Abby licks her wounds by going to the Caribbean as a favor to her big sister/mother figure. The favor: Sell her sister's secret island property before her husband finds out she even owns it. The property turns out to be more than a vacation escape. It is La Cantina, a bed and breakfast, which comes complete with visitors, native caretakers and a long-term tenant living in the pool house.

Abby's already complicated life grows more complex with the discovery of a secret relative, appearance of not one, but two romantic interests and the realization that her life's purpose might be waiting on that island.

More than a story about self discovery, Rum Punch Regrets explores the dynamics of family. Families are complicated, and this is true for Abby. As she learns to accept the hidden truths about her blood family, she also builds kin-like relationships with people in her new community.

Abby is a likeable character, who I bonded with almost instantly. Dealt a difficult hand, she attempts to play the cards responsibly and without making matters worse. Though a bit wishy washer and a pushover at first, as evidenced by her agreeing to go to the island in the first place, Abby develops a spin, making her more dynamic and admirable. I was rooting for her by the end and genuinely felt invested in her well-being.

I also realized I will be back to read the next installment of her series, because I need to know what happens next in her life.

The other characters serve their purposes well, adding complication and flavor as needed. I particularly enjoyed Maria and Siggy, the couple who works on site to maintain La Cantina and care for the guest's needs. Their relationship, and the one they build with Abby, was quite lovely. Abby's family members were also enjoyable to read, because they add a blend of complexity and support to her life -- depending on the day.

I can also understand Abby's feelings of confusion when it comes to her two love interests. Both guys are crush-worthy, and even though I have my preference, I could see that changing in the future. It all depends.

Rum Punch Regrets was a satisfying and entertaining read, and I look forward to finding out what happens next in Abby's world.

Read an excerpt of Rum Punch Regrets here. Check back tomorrow for an interview with the author, Anne Kemp. 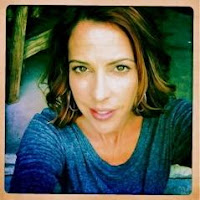 Anne Kemp is the author behind the Abby George Series, which includes her debut novella, All Fruits Ripe, and first novel, Rum Punch Regrets, which is available in print and as an eBook. She is also the columnist behind “Anne In Progress,” which appears monthly in the Frederick News-Post, a newspaper in the DC-Metro area. As a blogger, she was nominated for a 2012 Bloggers Choice Award for Best Humor Blog, and is known for penning “The Ultimate Late Bloomer.”
Follow her on Twitter, @MissAnneKemp, or join her fans on Facebook for fun contests and giveaways. You can always find her at her website: www.annekemp.com.
A portion of Anne's proceeds are donated to Lupus LA.