Certifiably Crushable No. 8: The Chinooks hockey team, as featured in Rachel Gibson's books 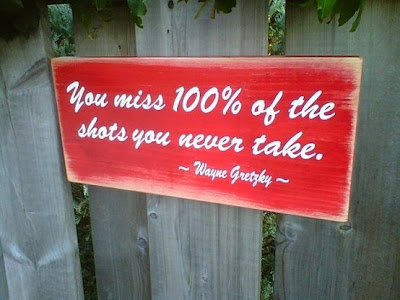 Born and raised in Nebraska, I know football. If you cut me, I bleed Husker red, and I have crushed on more players than I can count. (Pre-season predictions indicate "Sexy" Rex Burkhead will be my college crush this year. Of course, I am still madly in love with Aaron Rodgers, even if a certain person recently stole him from me in our Fantasy Football draft.)

I had never given much consideration to crushable athletes, aside from the occasional swoon for a baseball or soccer player. So imagine my surprise when I fell for a hockey player. And not just any hockey player, pretty much an entire team full of them.

Rachel Gibson, one of my favorite romance novelists, regularly features leading men from the Chinooks, a fictional hockey team based in Seattle. Since I first picked up her books in 2008, I have made my way through her book list, and consequently a lot of the team.

Though each of the men is different, and I have deeper feelings for some than I do others, I cannot help but love them all. There is something utterly and completely attractive about a tough, focused man who turns out to be a big softie when it comes to the lady in his life. Add in the fact that these guys are in ridiculously good shape and have a lot of physical gifts to share outside of the hockey ring, and my little heart is as good as theirs.

The team won me over so well, I not only anxiously followed the books, hoping they would finally win the Stanley Cup, I actually teared up when they did.

So, here is a quick list of the Chinook players featured to date and a brief run-down of why I fell so hard for them:
Of course I have my favorites amongst the bunch. Naming them would be like a parent picking his or her favorite child... but what the heck. If I had to rank them by crushability level... I'd go: Ty, Mark, John, Sam, Rob and Luc... but that is just off the top of my head, mind you.

The men (and their ladies) make cameos in other non-Chinook books, which creates this alternate universe I totally dig. Most of them live in and around Seattle, too. I recently fell in love with that city, which only adds to their crushability.

I have these men to thank for introducing me to a delightful sport to watch. There is so much action, and God knows I need it after football season comes to an end each year.

Also, the Chinooks led me to find my future husband: Brad Richards, center for the New York Rangers. Did you see his nude photo in the July 23 ESPN? Did you even know ESPN does a naked issue? Go ahead. Take a look. I don't mind. 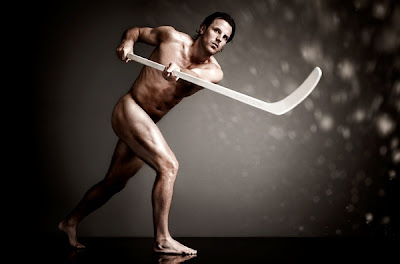 Plus, aside from being a total hottie, he is from Prince Edward Island, which, in my mind, makes him Gilbert Blythe in the flesh. (I also saw him in a previous ESPN magazine, where it mentioned he has a wine fridge. I'm not materialistic, but damn.) More importantly, the same article said he volunteers with kids -- that means he has a heart of gold, too. He has it all.

Now, every time I re-read these books, I just plaster Brad's face and body on them, and I let my imagination handle the rest.

See what I mean? These studs are hard to resist, and frankly, I cannot think of a good reason to try.

Check back next week for more Certifiably Crushable hunks.