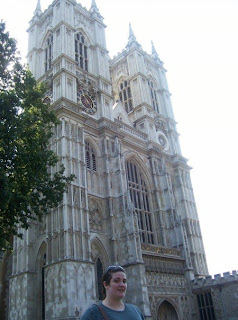 The 2012 Summer Olympics will end this weekend, and so far it has been a pretty good haul for Team U.S.A.

There have been a some surprises in the few events I follow -- namely women's gymnastics. And despite my disappointment in NBC not freely live-streaming events so I could watch at my desk... err... I mean watch it live on the weekends, I would say it has been a pretty decent run.

In honor of the London Olympics coming to a close, I wanted to give my thanks to London for hosting a fine event by counting down some of my favorite British things.