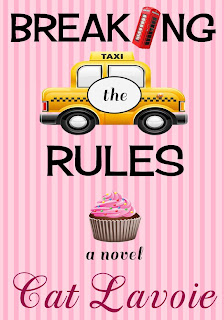 Between clashing with her fiance over table linens and guests lists and working as an assistant for one of the most obnoxious bosses ever, Roxy's world is already chaotic when she sneaks a passionate kiss with her lifelong best friend, Ollie, as he departs for London. After the act stirs up some previously undetected emotions, she tries to settle them while dealing with everything else on her plate, which now includes having her two sisters move into her apartment. And one of them is pregnant and the father is a big surprise no one expected.

Will Roxy follow the rules and take the easiest path for her life or take a chance on the unknown?

Roxy is a complicated, but wonderful character. She is torn between doing what is right -- or at least what she thinks is right -- and doing what makes her happy. She cares about her family and friends, willing to sacrifice her own happiness if it means keeping the peace. Connecting with Roxy was easy. It only took me a few pages to feel completely wrapped up in her story. At heart, she is a good and funny person, which makes it easy to root for her while she goes through the ups and downs of a chaotic life.

Her voice is strong, and she makes a great protagonist to carry the story.

The rest of the cast brings good, bad and everything in between. The one constant among all of them: They are deliciously and realistically flawed. Their mistakes and successes -- and how they impacted Roxy -- kept the story moving, and I found myself laughing and wanting to shout at their antics.

Though the love story and her professional woes offered a major chunk of the plot elements, my favorite was watching Roxy's relationship with her sisters. If Roxy's life is complicated, their relationship is even more. Watching it develop and roller coaster was entertaining and enjoyable.

The greatest strength of the story is its pacing. The book starts off at quick jaunt and races to the end. With the story constantly moving and evolving, I could not put the book down, because I wanted to get to the end and see the resolution.

There were a few unexpected twists and turns in the story, which left me feeling a little knotted at the time. I questioned people's motives and worried their actions might derail Roxy's life, or worse -- keep it on the same track. One particular, and crucial, plot element completely caught me off guard, and it took me a while to recover from the shock. That's good storytelling there.

Lavoie's debut novel is a strong story worth the hours spent reading. It will be fun to see what she comes up with for her next story. 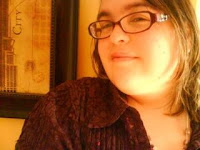 Cat Lavoie was born in the small town of Jonquière in Québec, Canada. At the age of nineteen, she packed up her things (mostly books) and moved to the big city of Montreal where she currently lives with her tempestuous cat Abbie—who is both adorable and quite possibly evil.

Cat grew up watching soap operas and legal dramas and—had she not decided to be a claims analyst by day and write chick lit by night—she would have probably become a designer suit-wearing lawyer. Or a character on All My Children (which is what she really wanted to be when she was twelve).

Cat is not sure whether she’s a geek or a nerd—and is afraid she might be both. Breaking the Rules is her first novel.