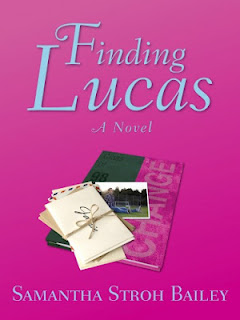 Samantha Stroh Bailey's Finding Lucas offers a dose of humor and emotion for anyone who has ever wondered what could have been.

Jamie Ross has been with Derek for five years. Until recently, she has seen him as everything she wanted. She wakes up and realizes that not only is he not what she thought, but he has also done a number on her confidence.

Determined to find the Jamie she used to be, she decides to take a trip down memory lane and find her old boyfriend Lucas, the man who used to make her feel like she could do or be anything. At the same time, she becomes close to her boss, who is also going through relationship pains. Finding Lucas is the story of using the past to move on from the present to have a future.

Jamie was a likeable and well-conceived protagonist. For anyone who has ever been in a relationship that changed you -- and not necessarily for the better -- she is someone to identify with. Watching her develop a backbone was enjoyable. Bailey's writing captured the struggles she went through along the way, and it was easy to want to see her succeed.

While some protagonists do not see their own flaws, which is frustrating, Jamie sees too many of her own. Watching her learn to see herself differently offers a good example for anyone going through an existential crisis of his or her own.

The other characters offered fun and sometimes hair-pulling plot twists. Right from the get-go, I found myself wanting to smack Jamie's boyfriend Derek then wanting to hug her boss, Andrew. Drawing that kind of reader response is always a plus.

For those who often wonder about the road not taken, Finding Lucas is a charming and entertaining story that follows one woman in her pursuit. It even gave me a few ideas about looking up a couple of past boyfriends, but I quickly nipped that urge in the butt. That's a road I don't need to take, myself.

Fans of chick lit will find this a pleasing read, as did I. The story was cute, easy to read and fun to think about. Bailey is a solid writer, and I look forward to seeing more from her in the future.


Check back tomorrow for an interview with the author, Samantha Stroh Bailey.

About the Author
Samantha Stroh Bailey has been a writer ever since she could pick up a pen. In fact, she even sent her first manuscript, Freddy the Flame, to publishers when she was ten years old. Sadly, it was rejected, but a lifelong passion to write was born. 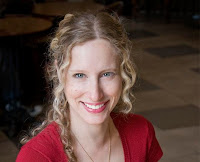 After 15 years of teaching ESL to adults, including at the University of Toronto, she decided to live her dreams of being a fulltime writer and editor. Now the owner of Perfect Pen Communications, she not only gets to write novels, but also writes and edits for magazines, websites, businesses, students and other writers.
Her work has appeared in Now Magazine, The Village Post, Oxford University Press, Abilities Magazine, on Mommyish.com and many other publications. Samantha also has a Master of Education in Applied Linguistics.

She lives in Toronto with her husband and two children. Finding Lucas is her first novel.