book review: the other way 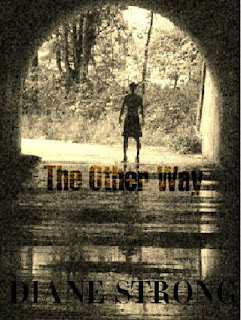 Diane Strong offers an intriguing and fast read with her novella The Other Way.

The Other Way tells the story of Isaac Fisher, an Amish man who felt compelled to leave his community and identity behind after he impregnates a woman during his teenage rumspringa. Unhappy in his new life, and longing for the life -- and love -- he left behind.

This twist alone was intriguing. I have never read a story about someone in precisely this situation. It's always interesting to see someone who has left behind his or her past and has difficulty letting it go. This story goes farther, but that hook alone had me interested and turning the page to read more.

On top of that, from there the story takes twists and turns I did not expect and kept me flipping the pages to reach the end.

The third in Strong's running series, the story stands alone well. It was well-written and filled with suspense. I love the idea of a series with stories that stand on their own, but share an element as simple as running (and apparently suspense).

I enjoyed this story well enough, I would gladly read Strong's other works, which include two other installments in the running series.