roxy in the middle 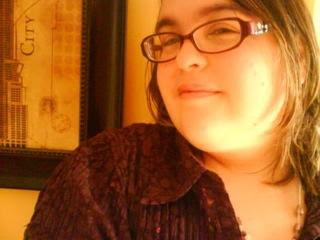 Thank you so much for having me, Laura!

Today I wanted to talk about the family dynamics in my debut novel.

In Breaking the Rules, the main character, Roxy, ends up sharing her small NYC apartment with her sisters after they land on her doorstep. Someone once asked me if Roxy's relationship with Izzie and Steffi mirrors the relationship I have with my own sisters.

No, it doesn't. Despite all the begging and pleading I did when I was a child, I don't have any sisters. And even though I have a cool older brother, I've always longed for that sisterly bond. So when I started to create a world for Roxy, I knew she'd be surrounded by sisters. At first, I thought that they would be the best of friends. Sisters always get along, right? They gossip and exchange clothes and do each other's hair while talking about cute boys. Yes, everyone—I thought having sisters was like one giant slumber party. Then I started playing the what if? game. What if they aren't that close at all? What if they all live their separate lives and the idea of doing anything slumber party-related makes them want to gag? And then—finally—what if they end up living under the same roof again as adults with issues?

From the very beginning, it was clear to me that Roxy was meant to be the middle sister since—as per the dynamics of many families—the oldest child is the leader and the youngest is an attention seeker. Roxy is neither of these things. But where does the middle child fit in? I wanted Roxy to be stuck between two boisterous personalities. She's the peacemaker in the family—the one who's able to be the voice of reason when tempers flare up. It also means that she's a bit of a pushover and—in the span of a few hours—Izzie and Steffi take over Roxy's apartment and become involved in every aspect of her life from her job to her relationship with the men in her life. Roxy does whatever she can to help her sisters, which often involves rushing to the kitchen to prepare food.

In addition to being the middle child in the Rule family, I wanted Roxy to be a sort of middle child in her own life. She's stuck in a job she hates with a boss she can't stand up to. She's engaged to be married to a man who doesn't seem to listen to her—and she can't speak up loud enough for him to hear. Becoming unstuck becomes her mission.

Even though I was the one who was deciding her fate, I was cheering Roxy on as her story progressed. And I couldn't help thinking that Roxy was the kind of sister I wished for as a kid—if only because of the endless stream of cookies that seem to come out of her kitchen.

Read my review of Breaking the Rules here. Read an excerpt of the novel here.

About the Author
Cat Lavoie was born in the small town of Jonquière in Québec, Canada. At the age of nineteen, she packed up her things (mostly books) and moved to the big city of Montreal where she currently lives with her tempestuous cat Abbie—who is both adorable and quite possibly evil.

Cat grew up watching soap operas and legal dramas and—had she not decided to be a claims analyst by day and write chick lit by night—she would have probably become a designer suit-wearing lawyer. Or a character on All My Children (which is what she really wanted to be when she was twelve).

Cat is not sure whether she’s a geek or a nerd—and is afraid she might be both. Breaking the Rules is her first novel.

Connect with Cat
Cat blogs about the writing life and posts adorable pictures of Abbie over at the Catenabi Chronicles. Come say hello at: www.CatLavoie.com and follow @Catenabi on Twitter.
www.CatLavoie.com
http://www.facebook.com/
http://www.goodreads.com/
https://twitter.com/Catenabi