Blogger's note: Picture Perfect author Lucie Simone stops by on her Chick Lit Plus blog tour to dish on her dream cast if her movie was made into a big budget Hollywood flick. This is a fun game for any writer to play, and I have to say I love Lucie's picks. 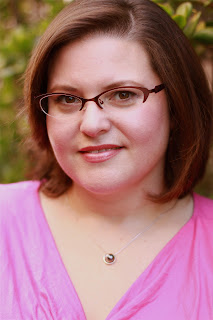 I have actually given this a lot of thought. I even set up a Pinterest board for Picture Perfect, and on it, are my top picks of the actors I’d cast in the movie version of the book. You can check it out here: http://www.pinterest.com/luciesimone/picture-perfect-people-places-things.

Lauren
This sassy, ambitious TV producer would be brilliantly portrayed by Rose Byrne. She’s got the comedic chops to handle the funny situations Lauren finds herself in, as evidenced by her turn in the hit comedy Bridesmaids, but she’s also a very talented dramatic actress. Her role as Ellen in Damages shows she can handle portraying a character at the center of a tabloid-worthy scandal. She could easily convey the complex emotional rollercoaster Lauren is tossed on and still come out looking fabulous in the end.

Justine
I’d love to see Kate Hudson play Lauren’s tough, but loveable BFF. She’s got the sex appeal down and has proven herself to be a great comedic actress with her history of romantic comedies such as, How To Lose A Guy in Ten Days (one of my faves) and the more recent Something Borrowed. Not only would she embody Justine beautifully, but I think she would bring a lot of charm and humor to the role. 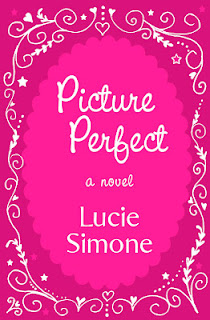 I did some real investigation into who should play Lauren’s despicable soon-to-be-ex-husband. He had to be incredibly handsome, in his mid-forties, and able to expertly capture Alan’s villainous ways. And then I remembered Brad Pitt’s role as Jesse James in The Assassination of Jesse James by the Coward Robert Ford. Wow, was he ever scary! I remember being on edge every time he came on screen, wondering just what horribleness he was about to get up to. And that’s precisely the kind of way Alan made me feel every time he showed up – and I wrote him!

Jack
The bad boy with the gentle spirit of a kitten. The Hollywood hunk that would steal Lauren’s heart. The younger man that would test her faith and push her to be her true self. After doing much scouring of the internet in search of entertainment’s young heartthrobs, I landed on Gossip Girl’s Penn Badgley. He’s got just the right look for Jack with those soulful brown eyes, the wavy dark hair, the rockin’ bod. Oh, yes, he’d be just perfect.

Rebecca
I can’t imagine anyone more fitting to play the ruthless grand dame of cable television than Helen Mirren. She’s stepped into the roles of many an imposing woman, including Queen Elizabeth II in The Queen, DCI Jane Tennison in Prime Suspect, and even Mrs. Tingle in Teaching Mrs. Tingle (remember that fun flick?). Not only can she cut a man to his knees with her icy glare, but she’s also a brilliant comedic actress, having depicted some pretty funny ladies in films such as Calendar Girls and Raising Helen as well as guest appearances on Glee and Frasier. She’d be fabulous!

It would be so fun to see Armie Hammer, the gorgeous actor who played both Winklevoss twins in The Social Network, as Lauren’s style guru. Maybe it’s just me, but that guy’s voice is so sexy! And it’s exactly what I imagine hearing when I read Giles’ dialogue. And who wouldn’t want to get a mani-pedi and martinis with Armie Hammer after work?

Jennifer
I knew right from the start that Lauren’s backstabbing assistant would be an excellent role for Gossip Girl star, Blake Lively. She certainly fits the description, but beyond that, she’s a really talented actress with the ability to perfectly capture Jennifer’s conniving and manipulative ways.

Sally
I’d turn to Blake Lively and Penn Badgley’s Gossip Girl co-star, Dreama Walker to portray Sally, the innocent, fresh-faced receptionist who partners with Lauren to try to save not only her job but her reputation, as well. Dreama displayed that doe-eyed look and bubbly personality so well in her role as June Colburn in Don’t Trust the B--- in Apartment 23. I can’t imagine a better Sally than Dreama.

Lucie Simone has a passion for travel, yoga, and writing. She has a degree in Journalism, a Master of Fine Arts in Television Production, and is a certified yoga teacher registered with Yoga Alliance. Her love of comedy (and living under the delusion that she might one day be an actress) resulted in a stint studying improvisation, which, ironically enough, taught her to be a better writer.

Her short story, A Taste of Italy, won the New York Book Festival competition for best ebook and is a bestseller at Amazon UK. The release of her debut novel, Hollywood Ending, a romantic comedy about life in Hollywood for the not-so-rich-and-famous, marked the launch of her small press, Simon & Fig, which publishes Chick Lit, Lad Lit and Women’s Fiction exclusively.

Lucie lives, loves and writes in the City of Angels, but considers New York City her second home and visits as often as her bank account will allow.