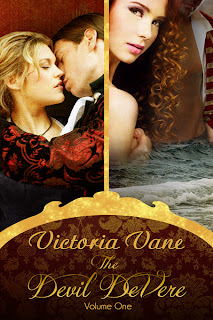 Often described as a golden age of prostitution, there are several nonfiction books dedicated to this subject (The Covent Garden Ladies by Hallie Rubenhold and London's Sinful Secret by Dan Cruishanks are two examples that sit on my research shelf). Both of these volumes dedicate a significant number of pages to a notorious Georgian era bawd named Charlotte Hayes. Once a famed courtesan in her own right, Mrs. Hayes was also a shrewd business woman who came to own a number of high-end London brothels.

The most famous of these was her house at King's Place, St. James, established in the late 1760's. Given her great success, by 1779, virtually every house on this street had become a house of pleasure. Competing for the aristocratic patrons were fellow madams Harriet Lewis who specialized in exotics, and Sarah Prendergast, Sarah Dubery and Catherine Windsor who constantly endeavored to outdo one another by hosting lewd events. Not to be outdone, Mrs. Hayes conceived of her own subscription-only affair, inspired by the recent voyages of Captain Cook to the Antipodes. Calling it the Otaheitian Feast of Venus, she claimed to reenact the (Tahitian) islanders' fertility rites as recorded by eye-witnesses from Cook's HMB Endeavor.

After recruiting more than a dozen beautiful women and as many well-endowed young men for the entertainment, Charlotte had formal invitations printed for her aristocratic guests. It was a tremendous hit with her attendees for the two hour sex-fest including three-and-twenty of the highest ranking men in the land.

And what better way could there be to tempt a man out of three years of celibacy than attending a subscription only affair at the most notorious house of pleasure in London?

Although I fudged the date by a few years for the purpose of my story, I believe this event would certainly have appealed to the jaded Viscount DeVere as the perfect solution.

All of the stories in my Devil DeVere series are sprinkled with such real events and characters. In my most recent release, Devil in the Making, I take the readers back in time to meet the youthful viscount-to-be and his best friends, Ned and Simon, in another comedic romp in which we encounter another real life devilish youth, Charles James Fox.

A Momentous Announcement
When I first conceived A Wild Night’s Bride, I had no idea that one devilish secondary character would spawn an entire series, but Ludovic, Viscount DeVere, proved to be a dream come true. This larger than life character has captured the hearts of so many fans who have begged for more DeVere. In response to these requests, I have not only decided to continue the series, but have recently commissioned an amazing artist to render gorgeously detailed full color illustrations for my DeVere stories! My goal is to offer a wonderfully enhanced reading experience to fans of my series.

The first book to be illustrated just in time for all those glorious full color and graphics capable Christmas e-readers, is Devil in the Making, The Illustrated Edition. This book will feature a gorgeous depiction of the key scene in every chapter. If this experiment is successful, I will be illustrating the entire DeVere series (old and new) over the next 12-18 months.

As a holiday greeting, I am attaching a sample of the absolutely stunning photorealistic artwork that will grace the new book cover as well as the inside pages! Now, without further ado…. Here is how it all began...

Devil in the Making: A Devilish Vignette by Victoria Vane
Every devil has a beginning... A rebellious young nobleman's prank with the king's lion goes comically awry, leading to a startling chain of events. A riotous Georgian romp in the tradition of Fielding's Tom Jones and a prequel to the Devil DeVere series.


"But I know that look, DeVere, and it always bodes ill."

"Come now, Ned," DeVere cajoled. "With only weeks until matriculation, we may never get another chance to serve up some revenge on ole' Trasker."

"What have you in mind?" Simon asked.

"Since our dear pedagogue is so fond of bear-leading, why not procure one for him?"

Ned looked stunned. "You wish to buy a bear?"

"Of course not," DeVere answered.

"Thank God," Ned replied with a sigh of relief. "I only wish to borrow one."

"And how do you propose to find one?" Ned asked warily.

DeVere replied with a look of pure devilment. "I propose a midnight foray to the Royal Menagerie."


Devil in the Making: The Illustrated Edition will be available in e-book early December 2012. A print anthology will follow later in 2013. For further information and updates, please visit my website at http://authorvictoriavane.com.

About A Wild Night's Bride
What happens when a struggling actress and a grieving widower come together in a night of unbridled debauchery orchestrated by a bored and machinating rake? With the devil in charge — there will surely be hell to pay!

About The Virgin Huntress
Desperate times call for devilish measures…Lady Vesta Chambers is accustomed to getting what she wants, but when the object of her passion has eyes for another, it’s time to take matters in hand!

Beautiful, respectable, and dutiful, Lady Diana Palmerston-Wriothesley has long resigned herself to her loveless marriage …until her husband's gambling pushes them to the brink of ruin. Viscount Ludovic, "The Devil DeVere", is a man accustomed to taking what he wants according to his whim until he encounters a woman who won't be had at any price. But will a single night of heavenly passion damn them both forever?

About The Devil's Match
Once burned twice shy… but when old flames come together…passion reignites... 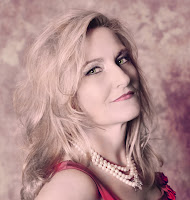