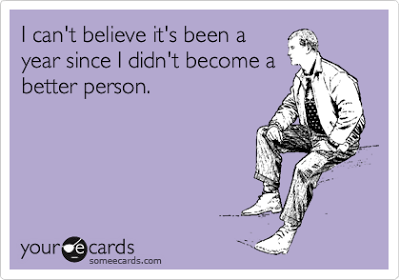 Another year is almost over, which means it is time for me to take a look back at my sometimes hot mess of a life and reflect on the past year. I'm pleased to say that, in general, I didn't screw up too badly this year and am proud of many of my accomplishments.

But before I get too deep and ponderful, let's take a look back at some of my favorite things.

Books
In addition to my Top Reads of 2012 (you can read them here), I read (or listened to) a bunch of wonderful books. There are a lot of talented up and coming authors out there, and I am thrilled I had a chance to check out some of them.

TV
We'll say good-bye to one of my favorite shows, but I also found some new loves. Some shows added new babies and had major characters hook up, but still avoided jumping the shark. Here's hoping they can bring just as much awesomeness in 2013. Here are my Top TV five shows of 2012: 30 Rock, Bones, Castle, Downton Abbey and Parks and Recreation. My favorite new show is The Mindy Project.

Movies
I'll admit I didn't see a whole heck of a lot of movies this year -- especially not new ones. I had a bit of a love affair with my brother's Netflix account, which kept me pretty busy. Regardless, my favorite movies of 2012 were: Breaking Dawn - Part 2, The Dark Knight Rises and The Hunger Games. Wow, I really need to catch up on my movie watching.

Now, for a look back at 2012. This has been a good year for me. While I may not have accomplished much from my list of resolutions (you can read them here), I am still pleased with my progress. I have a new and amazing job. I have two books nearing the point of being publishable. I've changed my attitude toward self publishing. The blog is going great (I think, right guys?), and I know there are a lot of great possibilities for the future.

I also made some great new friends this year. Thanks to blog tours, Twitter, Facebook groups and so on, I have expanded my network of writers and each day brings new information or motivation to keep me going.

I have a lot to be thankful for and a lot of dreams I will work toward. Plus, by tonight, I should be all caught up on my book reviews for the year (nothing like getting a year's worth of book reviews done just before midnight, ey?), so look for a few more book reviews. I also have a start on next year's reviews, which is super thrilling for the procrastinator in me.

This past year had its highs and lows, and the same can be predicted for 2013. I'm determined to make it the best, though.