no. 4: improve your writing

Blogger's Note: On day four of the 12 Days of Writing, I'm glad to have Laurel Osterkamp on the blog to share some of her writing know-how from years as a writer and teacher. Laurel's book, November Surprise, was a perfect read for someone like me who enjoys following the political scene, but did not necessarily like how negative this last election season became (read my review here). Post a comment for your chance to win this week's prize package of free books. 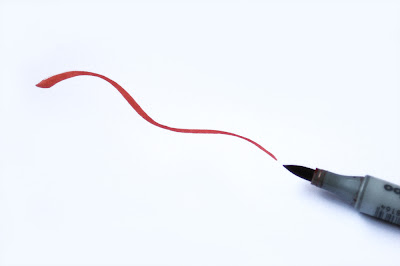 No. 4: Improve Your Writing

By Laurel Osterkamp
Author of Following My Toes, Starring in the Movie of My Life and November Surprise

My real job is “high school teacher,” and my favorite class to teach is Creative Writing. Teenagers can be so raw with their writing. They haven’t learned how to be pretentious yet, and their emotions are always brimming to the surface. That doesn’t mean they don’t have room for improvement though. There are lots of ways to improve your writing, and the tips I give them are from lessons I have learned for myself, over the years. 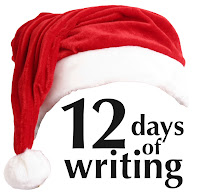 1. Read a lot! I believe the best way to become a good writer is to be a voracious reader. It’s like learning a language, and the best way to learn a language is by immersing yourself in it. If I’m feeling stuck or in a rut with my writing, the surefire way to get myself out of it is by reading a really good book. Right now I’m reading The Age of Miracles, by Karen Thompson Walker, and I’m hoping I can learn something from her simple yet effective way of establishing setting, mood, and tone.

2. Pay attention to figurative language. Any writer knows that it’s better to show than to tell. What’s the best way to accomplish that? Figurative Language! Why say “I felt angry” when you could use a metaphor, simile, or personification instead? “His words stung like shampoo in my eyes” is so much more effective.

3. Use a plot diagram. All stories follow the same recipe: exposition, inciting incident, rising action, climax, falling action, and resolution. It doesn’t matter what genre you’re writing, if you use this formula, you’re on the right track. As I’m writing I often stop and ask myself what it is I’m building towards. Sometimes I know the answer and a lot of times I don’t, but that’s when I try and figure it out.

4. Don’t describe conversations when you can use dialogue. Dialogue is fun to read, and it can be great for developing both the characters and the conflict. Never describe what people said in paragraph form when you can write out their conversation. If you do, you’re missing an opportunity to deepen the character development and to explore relationship dynamics.

5. Make it active. One danger of having a lot of dialogue, however, is you can turn your characters into talking heads. No matter what they’re talking about or where they are, be sure to have your characters doing something. They could be walking, unloading the dishwasher, raking the backyard, or whatever. But keeping them active is another way to give the reader information about how your characters live and the world that surrounds them.

6. Describe the details. This is the one I have to work on the most, especially with setting. I often forget to describe the setting in my books, and I’m doing myself a disservice. Setting, appearance, clothing, sensory details: describing this stuff is what will bring your story alive. For example, I just finished Night Circus, by Erin Morgenstern, and the setting shapes the story. It is filled with exotic details about magic, the time period, and the circus. This all influences everything else, from characters to pacing to theme. Now it’s a #1 bestseller and has won high critical praise, which believe me, is well-deserved.

7. Don’t be afraid to make your characters flawed. How many of your friends are perfect? Would you want to be friends with them if they were? Perfect people can be boring in real life, just like they can be boring in fiction. Real people have problems and obstacles to overcome. Don’t be afraid to let your characters make mistakes. Since my books are always character-driven, that’s one rule I can say with confidence that I do consistently follow. In fact, I’ve even been criticized for it. Starring in the Movie of My Life is about two very flawed characters, and certain readers gave me unfavorable reviews because of it. However, I’ve gotten way more positive feedback for this book than anything else I’ve written, and I’m convinced that it’s my best work. But had my characters been perfect, there would have been no story to tell.

8. Spend more time on revision than you did on writing the first draft. This is the rule that my teenage students hate. They always want to believe that their first draft is impeccable. Personally, I love the revision stage, because that’s where I make the most discoveries about my characters and what is driving the story.

9. Show your work to honest friends. It’s hard to maintain perspective on something you’re so close to. I have a writing group who I trust will give me honest opinions, and I gain so much from their feedback.

10. No matter what, have fun! If you don’t enjoy writing it, people most likely won’t enjoy reading it. Don’t make your writing labored by following some self-imposed guidelines. In the end, the best method is to go with your gut. So did I just negate the first nine rules with the tenth one? I don’t know, but don’t think about it too hard. Just start writing!


About Laurel
Laurel Osterkamp was a comedy writer in Minneapolis before she began writing novels. Her first novel, Following My Toes, has been a Kindle best seller and won the 2008 Indie Excellence Award for Chick Lit. Starring in the Movie of My Life received honors in the 2011 Indie Excellence Awards for Chick Lit, and in the 2011 International Book Awards for Women's Fiction and Young Adult Lit. Both books are indie approved at indiereader.com. She currently teaches high school, and is working on her next book, which is inspired by her recent jury duty.

Buy Her Books (All of her books are on sale now for 99 cents!)
November Surprise on Amazon

***CONTEST INFO***
Comment on this post by 12 p.m. CDT Sun., Dec. 9 for one entry in this week's prize package. Each pack includes at least three print books and other swag. You can comment on each 12 Days of Writing post to increase your chances of winning.

The winner will be announced here on the blog, on FB and on Twitter Dec. 9 at 4 p.m. CDT. You'll have 24 hours to get in touch with me or another winner will be drawn.

Check back the rest of this week for more chances to win the week one 12 Days of Writing Giveaway.

***Contest limited to U.S. and Canada residents, only***