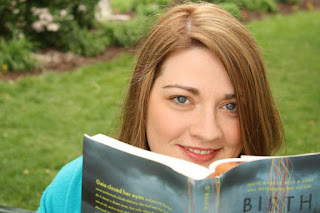 At the beginning of the year, I made a challenge for myself: Read and review as many books as possible. The end result is more than 80 books reviewed and more than 100 read. Some of the books were new releases, some written years ago. Some are by established authors while others were by independent authors. I found a lot of variety, I learned a lot and most importantly I enjoyed myself.

Now that 2012 has come to an end, I feel like I should name my top 10 books for the year. That is easier said than done. Reading is an inherently personal and subjective activity. What makes a book top 10 worthy? Is it the writing? Is it the creativity? The originality or innovation?

It could be any of those elements, but ultimately I selected the books I read this year that stuck with me most. From making me laugh to making me cry, making me evaluate my life to randomly entering my head months after the fact, this list represents the books that left an impression and ultimately changed my world view.

And even though it was tough, I ultimately decided to select 10 books that were either released in 2012 or came to some level of prominence. So with that, I give you...

* Remember when I said "came to some level of prominence?" That's my Hunger Games clause. While the books were famous when they were released, the first movie came out in 2012, and I didn't get around to reading them until the weeks before.

Now it's your turn to weigh in: What were your favorite reads of 2012?