book review: i kill me 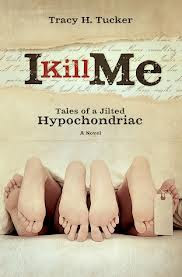 As she goes through the divorce, Christine finds her fear of illness and death growing increasingly bad to the point that it is detrimental to her life. At the same time, she must deal with an overbearing mother while looking for a way to mend her heart and her series of non-serious maladies.

Though Christine's journey is weighed down with some seriously heavy baggage, this book's humorous tone shone through. From being convinced her red pee is a sign of near death -- rather than proving she ate too many beets for dinner the night before -- and being convinced a pimple in her ear is the starts of cancer, her ailments offered more laugh out loud moments for the reader than anything else.

Despite the extremism of this and hypochondria, the story was still relatable for me. As someone who gave up WebMD for New Year's in 2011 after a few too many instances of diagnosing myself with parasites instead of indigestion, I could not always fault Christine's logic. Though hypochondriacs have been around longer than the Internet, in this day and age, having technology at our fingertips makes it even easier to jump to conclusions. Even if you are not a recovered WebMD addict like me, I'm sure you will be able to relate to having technology help you obsess about something.

Even though I could understand Christine, and I frequently felt badly for her, she was still kooky enough for me to want to slap some sense into her from time to time. Wanting to do this even while I liked her in general made for a fun read. I was rooting for her throughout the story and was glad to see her eventually grow a pair to stand up to the people who needed it.

I am a fan of watching a character rebuild herself, and this one did it in a unique way by pairing the stress of her life with her mental panics.

Even while watching the sometimes train wreck that is her hypochondria, what stuck out to me most was seeing Christine balance her relationships with her children, her mother, her friends and prospective love interests. Though she makes some mistakes along the way, she ultimately proves herself to be a good mom who cares about her children's well-being. As she copes with her personal fall-out from the divorce, she is not oblivious to how this impacts her children. This was especially good to see when it is obvious her mother has not always been considerate of her feelings.

Perhaps my favorite part of this story was her relationship with her ex and overcoming it. When Richard turns out to be a Dick, she frequently refers to him as such. I'm not above laughing at a joke where a man who is acting like a dick can actually be called Dick without the caller looking like a dick even though her intent is to be one.

Take a look at Tracy's other stops on her Chick Lit Plus blog tour here. Be sure to check back tomorrow for an interview with the author.

Tracy will donate 25 percent of her US royalties to the National Cervical Cancer Coalition during the month of January. 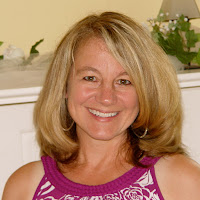 Tracy H. Tucker is first and foremost the mother of three of the best people on Earth. She has a Master's in Literacy from the University of Maine and has inspired the youth of America for seventeen years. She's an avid animal lover and would like to publicly thank her husband for putting up with the pet hair, the dogs in the bed, the things the cats hack up and the repeated requests for goats. It's a wonderful life.