'on the island' author holds q&a

The fabulously talented Tracey Garvis-Graves, author of the equally wonderful On the Island (watch me gush about it here), held a question and answer session on Goodreads yesterday. You can read all of the questions and her well-thought-out answers here, but I wanted to share our exchange.

If you've read my other interviews with authors, then you'll know one of my favorite topics to discuss with authors is the challenges they faced writing their book and how they overcame it. Another favorite is to ask them what lessons they've learned in their experience.

Both of these questions are ones I asked employees back in my newsletter writing days, because their answers usually yielded the lines the company wanted me to include in stories about overcoming obstacles and working together as a team. I suppose I kept asking those questions out of habit here on the blog, but over time I've found the answers authors give are some of my favorite and most inspiring.

The result? I keep on asking it.

So, without further adieu, here's my question and answer interaction with TGG. 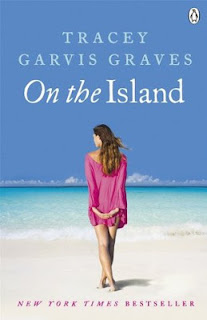 Me: Hi, Tracey! Thanks for doing this Q&A session.

I'm curious about the writing process for your upcoming release. What was the biggest challenge you faced writing Covet and how did you overcome it? Were there any big lessons learned from OTI that you used to write the next book, or was it a separate venture?

Thanks again! Really looking forward to this new read.

The biggest challenge - by far - was my fear that readers wanted and expected another On the Island. I started writing Covet (which leans more toward women's fiction than contemporary romance) when I was trying to get an agent for On the Island. I didn't give much thought to the fact that I was shifting genre a bit, because back then I had no idea that On the Island would be successful. I thought a handful of people might read it, but my expectations for the book were extremely low.

Once the book took off and I was offered a two-book contract, I worried again that readers might be disappointed because Covet was set in the suburbs and not some exotic location. There was no big age difference between the main characters and they were also already married to each other. I finally realized that those thoughts were holding me back from the one thing I loved about writing which was getting lost in the story and watching it evolve and come together (which is a really satisfying process). So I had to let those thoughts go. 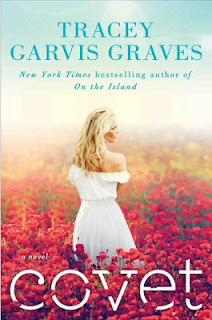 I would rather write something different every time versus being an author who writes the same book over and over. My next full-length novel (which is only in the research and outline stage) is contemporary romance, but the one I'll write after that will probably be women's fiction. I know that some readers will have a preference for my romance, some will gravitate toward my women's fiction, and some will enjoy both.

I did feel that the writing process itself was a bit easier for Covet. Since I'd done it once I knew I could do it again. I also applied the lessons I'd learned while writing On the Island, and I felt like I had a better understanding of how to write a book which really helped. I'm certain that I'll continue to apply the things I've learned to each book I write.


About Tracey Garvis-Graves
Tracey Garvis-Graves is the author of On the Island and Covet. She lives in a suburb of Des Moines, Iowa with her husband, two children, and hyper dog Chloe. She blogs at www.traceygarvisgraves.com using colorful language and a snarky sense of humor to write about pop culture, silly television shows, and her suburban neighborhood. You can e-mail her at traceygarvisgraves@yahoo.com. She’d love to hear from you.