interview with the author of 'reckless abandon'

Blogger's Note: Today, I'm pleased to welcome author Jenn Flynn-Shon, on tour with her novella, Reckless Abandon (read my review here). Thanks so much for stopping by. 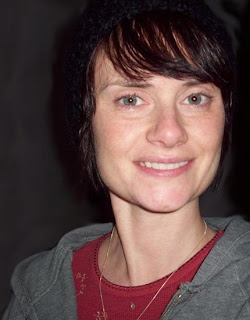 Change the Word: What was the inspiration for this story?
Jenn Flynn-Shon: One day I was chatting with my husband about what would happen if he was suddenly missing when I came home from doing something mundane like grocery shopping. I felt like I’d been smacked with the idea stick and dove right into the devious side of my personality to start piecing together what kind of a guy goes missing and just how far his wife might go to try to hunt him down and bring him home. Especially when the only person she can trust to help her is her very first love.

CTW: How did writing a second book differ from writing the debut?
JFS: On so many levels! I felt more disciplined in my writing this time around and had a solid idea of exactly how I wanted the story to open and close as well as many of the twists and turns that would happen along the way. With the first, Ripple the Twine, I was focused on love and friendship, how different types of people can build their own version of family and navigate the perils of life and love in a big city like Boston. The story spanned a longer period of time but focused on only one geographic place. With Reckless Abandon I knew it had to be much tighter regarding timeframe of the characters so it was more challenging to maintain the frenetic pace throughout especially because they criss-cross the country to multiple locations. Plus the relationships in the second one were going to be a lot messier, a lot more complicated, so I had to flesh out who they really were as well as what they purported to be through their dialogue. The biggest challenge though was that the genres were vastly different. In Chick-Lit I could get into my character’s head and have her spin a little, with Romantic Suspense the spin had to be firmly rooted in the background. The reader had to know it was there without anyone telling them.

CTW: What lessons did you learn from book one that you were able to apply to this story?
JFS: I’d say the greatest lesson I learned was how to write a more captivating opening scene. With Sara in Ripple I like that she was out doing her morning routine by herself because it fit the character in many ways. But it was somewhat slower getting to know everyone and their motivations. In Reckless I dropped Shaw right into the drama without describing a moment of her day-to-day that came just before it. Nothing about her life was ever going to be day-to-day again, it wouldn’t have worked with Shaw the way it did for Sara.

CTW: What is one trait you share with your character?
JFS: There are several things that Shaw and I have in common but her low blood sugar crashes stick out as a character trait I can identify with most. I know how it feels to get that way after not eating for a long time and it can be debilitating. Plus I like that it sets up one of the first moments between Shaw and JJ where JJ stops being so bitter and shows her he cares. 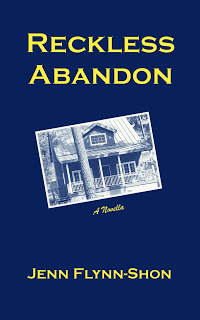 CTW: What most surprised you writing this book?
JFS: Probably that I wasn’t as uncomfortable as I thought I might be writing scenes where people were murdered. I mean it wasn’t my favorite thing to write but it’s real. Life is real and messy and sometimes people get killed. I think that’s why I liked the twist of Suspense as opposed to Chick-Lit. In Chick-Lit there can be death too but it rarely turns out to be murder. I was happy to find I had that edge inside me.

CTW: If you were stranded on a desert island and could take one book with you (and no eReaders, because your battery would die), what book would that be and why?
JFS: Well I’d have to say The Idiots Guide to Getting Off a Deserted Island but I don’t think it’s been written yet so I’d settle for The Ultimate Survival Manual, because I could say Shakespeare or Weiner but neither of those people are going to tell me how to spear a boar or avoid a smoke monster.

CTW: Do you belong to any writing groups? How do they benefit your writing?
JFS: I do! The Scottsdale Society of Women Writers is a group I’ve been actively involved with since fall of 2011 and I love the energy those women have. Mingling with other writers is great for character building and just knowing that I’m not the only one out here working by clicking keys alone in my house all day. There have been some great presenters there and I’ve learned about some amazing conferences I attended last year that I wouldn’t have otherwise had the inside track on. This year I joined the Arizona Authors Association and plan to get more involved with their workshops and meetings as the year goes on.

CTW: What is the best piece of writing advice you ever received?
JFS: I had two teachers in High School who were some of the earliest champions of my work and both offered the same piece of excellent advice – publish. For any Writer who might be serious about pursuing it as a full time career like I am there really is no better advice on Earth. We can flex our creative muscles writing and writing all day long and while that’s great for the creative side it does nothing for the need to put it out there. Publish. On a blog, a letter to the editor, a novel, a series, memoir, an article, well-constructed tweets. It doesn’t matter how or what just do it. Being able to write is a gift and it deserves to be shared with the world.

CTW: What's up next for you and your writing?
JFS: I’m slowly trying to get back into writing again after some health stuff sidelined me this past fall and winter. Posting on a couple different blogs I have is proving cathartic as well as helping me improve my prose and voice again. By late spring I hope to have both an expanded book of poetry fully edited and available for sale, as well as a solid first draft to the sequel to Reckless Abandon and the scribblings for the third in that series.

CTW: Any final thoughts?
JFS: Just one – thanks so much for letting me take over your space for the day, Laura! I appreciate the thoughtful questions and room to answer them! Happy writing and reading

About the Author
Hi, my name is Jenn Flynn-Shon and I’m the Author of two books (Ripple the Twine, Reckless Abandon), a Chapbook (Trying for the Moon), multiple Zines, and Randomness and Lunacy (a digital-journal blog).

I’ve been writing since age eleven and began penning fiction by age thirteen. My first publication was a poem published under a pen name in Bop Magazine in 1989. Since then I’ve had articles and interviews published online and in print.

When I make time to relax I love to hang out with my husband at our home in Phoenix, AZ, explore the country on road trips, watch my Boston sports teams, share laughs with friends and family, and read everything from blogs to novels. I make a point to write daily, and I’m a shameless self-promoter.