I now understand how a person can be weak in the knees with fear.

This morning, I was changing laundry when a small furry object jumped at the basement window. I may or may not have screamed. After having two mice in our house a year and a half ago, I'm still squeamish.

While catching my breath I realized not one but two baby bunnies had fallen into our window sill. We need to put new window covers on, and several times my sister and I have expressed our concern that baby bunnies or some other creature would fall in.

Once I realized our fears had come true, I had to think fast. Not knowing what else to do, I called my mom, who was walking into church. Appreciating my concern, she quickly helped me hash out a plan.

I located two shoeboxes of varying sizes (in case one was too big or too small) and a pair of work gloves. I also threw on a hoodie and jeans to cover up as much skin as possible. Even though I wanted to save them, they wouldn't know that. And much as I wanted to help, I also didn't want to go to the ER for a rabies shot.

Outside, I checked on the victims. The tiny fur balls were huddled together in the leaves (we really need to clean out those sills). Shaking. Through my fear, the need to get them out was stronger.

Teeth chattering and arms tense the whole time I fished each of them out with a shoebox. It wasn't as fast as I'd hoped. The wild animals clearly knew their best hope for survival was to bury themselves under the leaves and play dead when facing a larger predator.

Once both were hopping away, I covered up the sill and went inside. I'd just removed my gloves when I noticed my knees knocking together. I barely made it to a chair before I collapsed.

I caught my breath and had a thought. Not only had I saved those bunnies, but I'd experienced a phrase we writers like to use when illustrating a characters fear.

Even with the happy ending, and my realization, I hope I never have to do that again. And maybe I should go buy those window sill covers. 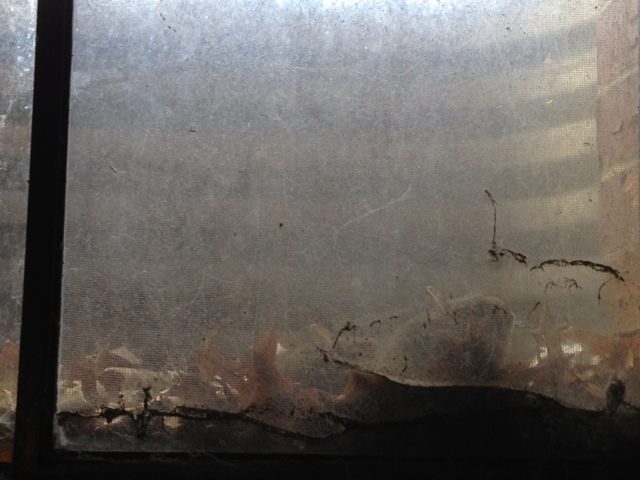