knowing when to leave the party 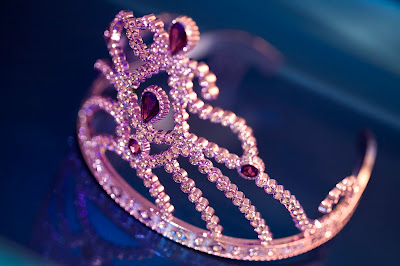 My sister posed a question to me last night as we walked into a grocery store for cat food and energy drinks (I know, I'm a baller. Envy me.)

"So you know what I was thinking about the other day? You know at the end of 'Willow' --"

"Let me stop you there," I interjected. "Can I just say how happy I am we're starting a conversation this way."

"I know. But you're one of the only people I feel I can talk to this about."

Naturally. We Chapmans were raised on all of the George Lucas collection -- "Willow," "Indiana Jones," "Star Wars" -- and this isn't the first time a deep conversation has stemmed from one of these classic films. 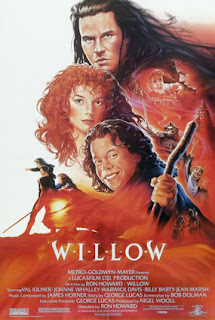 (Sidebar: If you're not familiar with "Willow," you should stop whatever you're doing and find that movie on Netflix or in a store and watch it. That shit's good. I promise you. But to give you the gist: In a mystical world torn by war and sorcery, a wannabee wizard played by Warwick Davis must take a baby, who is prophesied to be the future ruler of a peaceful kingdom, back to her homeland. Along the way he overcomes peril, becomes friends with Val Kilmer and goes on one hell of an adventure to save humanity. For the extended, but less entertaining description, read about it on IMDB.)

Thrilled at the prospect of nerding out while we selected organic cat food (the kittens have sensitive tummies), I prompted my sister to continue.

My sister raised a point I'd never considered. How exactly would Alora Dannon react to the news that her adoptive grandmother put out a hit on her -- when she was a newborn, no less -- and had her mother murdered in her birthing bed? Would she be grateful for the fact that her mother gave her life and willingly sacrificed it to ensure her daughter's survival? Would she appreciate that her adoptive parents moved beyond their wicked pasts and decided to fight on the side of good? Would she hear the story of "Willow," the courageous dwarf who saved the lives of countless people, including herself?

Or, as my sister suggested, would Alora Dannon become a rebel and act out? Imagine Alora Dannon: The Teen Years.

"You're not my real mother. I hate you!"

"Your mom was a witch bitch. I hate you!"

"You kidnapped me from that short guy and planned to hand me over to someone who wanted to kill me. I don't care that you changed your mind. I hate you!"

It has the potential to be bad.

This conversation carried us through our short shopping excursion and for part of the drive home. Aside from having a damned good time debating Princess Alora Dannon's potential teen rebellion or sainthood, I was reminded of an important lesson I heard from a writer. Start your story the day your character's life changes and bow out as early as possible.

In other words, arrive at the party fashionably late and leave before you've overstayed your welcome or it gets boring.

The reason? Because it keeps the reader -- or viewer -- engaged in the story long after he or she finishes the last page or turns off the TV screen. It leaves them wondering what happened next and coming up with their own answers. Plus, who wants to stay and pick up all the empty beer cans and chip bowls?

I don't know about you, but I'm jazzed by the prospect of one day creating a story that keeps a reader (or maybe a viewer -- you never know!) engaged and wondering what happens next years later.

For those of who missed it on social media, yesterday, be sure to check out my guest post over on Meredith Schorr's blog. To celebrate the upcoming release of her new book Blogger Girl, she's featuring a series of posts from bloggers blogging about blogs. Yours truly was honored to be included. So anyways, check it out if you'd like to know the story behind this blog.