Blogger's Note: The following post contains major spoilers for Remember Me? by Sophie Kinsella. Reader discretion is advised. Unless you're like me and love the crap out of spoilers, because you hate surprises.


Tonight we'll discuss infidelity on Chick Lit Chat. Lately, I've run across multiple books that feature cheating on one level or another. Sometimes it's the main element of the book. Others it's a brief mention or factor. Stephanie Haefner (@stephanihaefner) is leading the discussion, and I look forward to participating, because I'm curious on what others will have to say. 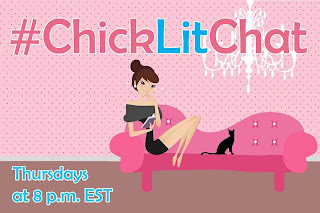 Let me throw this out before we dive any deeper into the subject: in theory and principle I abhor infidelity. Whether it's emotional, romantic, physical or a mixture of some or all, the idea of one partner betraying the other upsets me.

I once cheated on a homework assignment in middle school. I got caught, my friend and I both received zeroes, and the guilt has eaten me alive ever since.

I can't imagine ever cheating on a person, because the guilt would tear me up. The thought of being cheated on... I can't even imagine what that would feel like.

That's why I'll be the first to admit I was shocked by how much I enjoyed Remember Me? by Sophie Kinsella. For those of you not familiar with the story -- or if you need a reminder -- here's how that book shakes down: 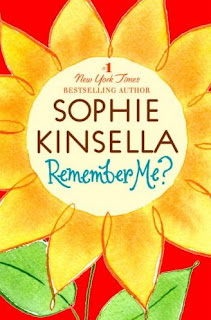 Lexi Smart is in her mid-twenties and goes out for drinks with her friends. She has a crap job, a douchey boyfriend and teeth that embarrass her. She wants to change her life more than anything. When she wakes up three years later looking glamorous, married to a millionaire and in a high-power job she believes she has it all. Sure she has amnesia from a car accident and can't figure out how she got from Point A to Point Z, but she's seemingly in a perfect life.

But she soon learns it's far from the truth. She has no friends. Her husband has sexual habits that embarrass her (and he won't let her eat carbs). And she finds out she is involved in a long-term affair with a man who works for her husband. Like me, she finds the concept of cheating on a spouse upsetting and she refuses to believe it.

Lexi's husband was by no means a bad man. The fact that he was overly organized, hated carbs, obsessed with money and status didn't make him evil. They made him hard for Lexi, and frankly me, to relate with. By comparison, Jon -- the handsome, brooding architect Lexi planned to leave her husband for -- was sweet, understanding of who Lexi really was and loved her for everything she was.

Before they ever climbed into bed together, Lexi and Jon have become good friends who understand each other. The physical aspect of their relationship comes after they've already formed an emotional attachment. And while fundamentally I don't approve of Lexi cheating on her husband, I still wanted her to get together with Jon in the end. They were a better match. Their chemistry was more real. And I found Jon totally adorable.

It reminds me of When Harry Met Sally. Remember when Harry tells his friend about his wife's infidelity and their motions toward divorce?

"Marriages don't break up on account of infidelity. It's just a symptom that something else is wrong."

That's an interesting thought. Reading this book made me examine infidelity in a new way. It sure makes for an interesting plot device. So much of Lexi's story came from her learning how she reached the point in her life that she would cheat on a man when she had been cheated on herself.

And I haven't even gotten into the whole concept of what cheating means to the plot of shows like Mad Men or Game of Thrones (and the books), but I can't spill all of my discussion points before we even start the chat.

I still know I'd be devastated if my significant other ever cheated on me. And I'll do my best to never stray in a committed relationship. But at the same time, it raises good questions and makes a reader thing.

What are your thoughts on cheating in books?

Feel free to share them here, on the ChickLitChatHQ Facebook group or tonight on Twitter during Chick Lit Chat. Remember, use #chicklitchat beginning at 8 p.m. EST to join in the conversation.

And because I can't end one of these posts on a totally somber note, here's a bit from Dane Cook's stand-up addressing what it's like to be a cheater.

Update: Read a transcript of the chat here.