Blogger's Note: I'm pleased to once again welcome Carolyn Ridder Aspenson to the blog to talk about her book, Unfinished Business. The book goes on sale for 99 cents September 19-23. Read my interview with Carolyn here and check out the cover reveal for the follow-up novel, Unbreakable Bonds, here.

I'm so excited! I get to pick actors for my characters in my book, Unfinished Business, an Angela Panther Novel.  A few years ago I picked the actors for the Janet Evanovich movie, One For The Money, but none of mine made it in and I was bummed. I might be a little older than some who read these kinds of books but let's consider me more 'worldly' instead of 'older'. I like that better. Trust me, when you're my age, you'll feel the same way and if you're already my age, you get my point.

Before I start, I'm going to give you the blurb of the story, so you can get a feel for the book. The tone is funny and heartbreaking in fairly equal doses. My own sense of humor is fairly sarcastic so consider that when reading the blurb. 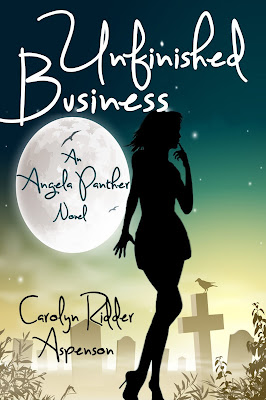 Sometimes the dead need our help and sometimes, we need theirs.

ANGELA PANTHER HAS A PERFECT LIFE:  A lovely home, an attentive, successful husband, two reasonably behaved children, a devoted dog and a lot of coffee and cupcakes. But while her life might border on mundane, she's got it under control. Until her mother, Fran dies-and returns as a ghost. It seems Fran's got some unfinished business and she's determined to get it done.

Now Fran's got some nifty celestial superpowers and isn't opposed to using them to levy a little ghostly retribution on her granddaughter's frienemies and even her own daughter, which doesn't make Angela happy.

While Angela's shocked and grateful to have her mother back, she's not thrilled about the portal to the afterlife Fran opened upon her return. Now every ghost in town is knockin' on Angela's psychic door, looking for help-and it's a royal pain in the butt.

Now Angela's got to find a way to balance her family life with her new gift and keep her mother in line. And it's a lot for one woman to handle.

Okay. Are you ready? I'm so excited about this I think I might pee a little. Here we go!

The Main Character
Angela Panther - She's in her early, early, early 40s (I'd say she's 40). She works out and lives in a reasonably nice, upper-middle class area of the Atlanta suburbs BUT... she's a Chicago girl at heart. Says what she thinks and though she doesn't take crap from anyone, she also doesn't like to be noticed too much. Oh, and she's part Italian. She's also blonde, with a lot of hair. 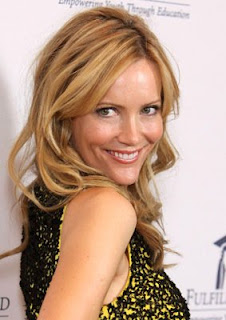 Leslie Mann gets my vote. You may recognize her from 17 Again. Why does she fit the bill for me? I like her acting style and I think she can pull off the begrudged heroine I see in Angela.  Angela isn't prepared for what happens in her life and though she likes doing what she does after the fact, it's the before and during that's rough for her. Hardin would play that well.

The Scene Stealer
Fran Richter - this character has a very strong resemblance to my mother, whom I wrote the book to honor after her death in 2009. She was a fiesty, purebred Italian with, if you'll excuse the expression, balls bigger than most men. She cared for her family to the point of distraction. She was a protector, the life of the party, my best friend and the most aggravating and frustrating woman I'd ever met. I'd take being like her any day of the week. In fact I recently noticed a strong resemblance to my mother and instead of thinking, "Oh crap," I thought, "Wow, I might be beautiful, just like her." 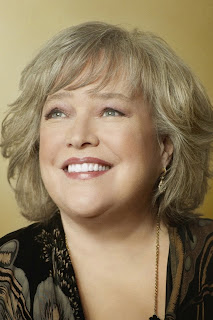 Kathy Bates gets my vote. Fran is in her late '70's, so Kathy would have to be aged but Hollywood can easily do that. Why do I choose her? Because she's funny, strong and can play a variety of roles.  And she's got spunk, which is very important for someone playing an Italian woman.

Angela's Husband
Jake Panther - Ah, Jake. He's a fabulously supportive, wonderful man with a great sense of humor and he loves his wife, a lot. He's in decent shape, though his character isn't described in too much detail, I do have an image in my head of this man.  Gawd, I really, really want to pick Rob Lowe but he's just too damn pretty. The character is in a good amount of the book but not to warrant such beauty. I should change that in book three, then I can pick him. Oh-la-la.

I'm going to go with someone that most of you may not know, unless watched All My Children or The Bold and the Beautiful or are currently watching General Hospital.


William DeVry is my pick. I think he's extremely attractive but not in that 'too obvious' way and his eyes? When he looks at a woman in a scene, they make me swoon. Love him. Oh, and he's fit. Can't complain about that.

Angela's Daughter
Emily Panther - Em's about 15ish. Full of drama and insecure. Like every other teenage girl alive. 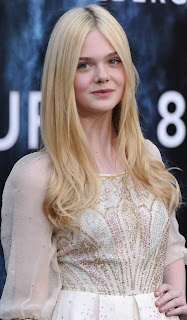 My vote goes to Elle Fanning. The girl can act. 'Nuf said.

Angela's Son
Josh Panther - Josh's about ten and as sweet as a candy bar. He also has a little gift like Angela and is most definitely a momma's boy. 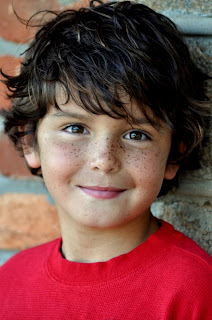 I'm going with Noah Lomax. I mean, seriously. Have you seen his adorable face?

Psychic Linda
Angela's Psychic Counselor - This is a patient, understanding woman who isn't the stereotypical psychic.


Neve Campbell. She's got a great 'girl next door' look that I think oozes trust. A psychic needs to be trustworthy.

Angela's Best Friend
Mel - Mel is a very, very important character. She's Angela's BFF and the kind of friend every woman should have and frankly, should be. Here's the kicker, Mel is Asian. I didn't define Chinese, Japanese or any other nationality but she's Asian. 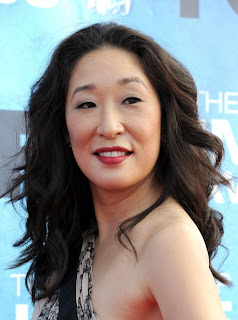 Sandra Oh from Grey's Anatomy is my choice. She's funny, sexy and can play a plethora of roles.
I thought long and hard about these characters. The reasons I picked the actors and actresses I did varies, but I didn't want one to especially standout over and above anyone else, except for Kathy Bates, whom I think is really an amazing actress and for that very important role, the actress needs to be amazing.

Praise for Unfinished Business
Carolyn Ridder Aspenson tackles, with comic cleverness, the serious subjects of mother-daughter relationships, death and raising teenagers in this smart, funny take on the love of family and the uncontrollable paths our lives take.

"It's about ghosts, the love of family, the never-ending love of mothers and daughters...add some humor and it's the perfect combination of adult/chick- lit/paranormal (all in one book)."
- The Book Trollop

"Aspenson hits the ground running with her debut novel and carries the reader along on a rollicking adventure highlighting both the joys and conflicts of mother-daughter relationships."
- Katrina Rasbold