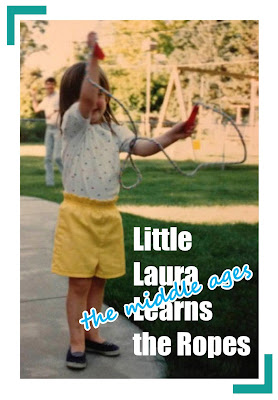 Setting: April is on three-way calling with Val and Dani.

April: (overly excited) Guess what? It's confirmed! They said yes, my parents said yes! Isn't that great?
April/Val/Dani: (shriek) EEEEEEEEEEE
Dani: Of course that's great!
Val: Yeah, like totally wicked cool!
April: Okay... spread the news to everyone who is waiting to know!
Dani/Val: Hang on a minute!
Narrator: Val switched to her other line to tell Manda, who was on the edge of her seat waiting to know the answer.
Val: Her parents said yes!
Manda: Oh my gosh! (Shriek) That's great. Hang on while I tell Josh.
Narrator: Meanwhile, Dani was telling Roberto the news.
Dani: Roberto Dear, you are going to freak! Her parents said yes... they actually said yes!
Roberto: That is Beuno! I'll tell Markus. I'll be right back.
Narrator: Back with Manda and Josh...
Josh: How cool!
Manda: I know! Quick, tell Drew.
Josh: Okay, Babes hang on.
Narrator: Meanwhile... Roberto had just told Markus the great news.
Markus: (spoken with a heavy German accent) Das ist Spitze!
Roberto: Isn't it though? Anyway, quick, tell Drew. I know he's dying to know.
Narrator: At the same time, Markus and Josh switched to Drew, who like April had three-way calling.
Josh/Markus: Guess what!?!
Drew: Okay... that's kind of weird. Anyway, what's up?
Josh/Markus: Her parents said yes!
Drew: Sweetness! April's parents are the best! This is going to be the greatest party ever!

Markus: April, Danke Schon for inviting me to your party. It makes me feel Spitze, nach leaving Ostreich.
April: Bitte Markus. Remember... nicht sprechen sie Deutsch. Sprechen sie Englisch.
Val: (looking quickly at Markus) This is going to be so great!
Drew: (smiling at April) Yeah, thanks April. It will be a lot of fun.
April: (blushing slightly) Your welcome, Drew. I'm glad you'll be able to come.
Roberto: Yeah, it will be great as long as that ditzy bimbo, Manda, doesn't bring her *NSYNC and 2GETHER c.d.'s again.
Val: Hey Roberto, just because you are extremely fanacho, while other guys can be delinito, doesn't mean that you can talk about my friends like that.
Drew: What does fanacho and delinito mean anyway? I know that April and Amanda think that I am fanacho. I mean, I have a right to know.
Dani: Like we'd tell you, Drew Dearest.
Roberto: Quit flirting with Drew! It makes me crazy!
April: We like you when you're crazy though. You should also try to stay out of their business.
Roberto: Sorry, April Babe.
Drew: (glaring at Roberto) Look who's flirting now!
Roberto: Uhh... sorry Drew.
Val: Why are you sorry, Roberto?
April: Yeah why should you be?
Robert: Uhh...
Drew: Nothing, just an inside male thing.
Dani: You don't need to worry, Drew. Roberto doesn't know the first thing about flirting. Believe me. I know.
Val: Hey Roberto, you could learn from Markus.
Drew: Oh yeah?
Markus: Ja, just watch this... (pick up Val's hand, and look into eyes) Val my love, your eyes are so beautiful, I could gaze into them forever. Your hand is so soft; I could hold it forever, too.
Dani: Boy is he good.
April: I know, what a sweetheart. I'd love to get me a guy like that.
(Drew and Roberto are glaring at Markus in open hostility.)
Drew: April, Markus is just lucky. He was born with a gift.
Roberto: Yeah, the Europeans are all born with it, I guess.
(April and Dani look at Drew and Roberto, their faces clearly saying that they believe them to be complete idiots.)
Roberto: ... back to the party!
Dani: I think we should listen to Sugar Ray!
Drew: Come on, Blink 182 is the only way to go.
(Everyone bickers about the kind of music that should be played at the party. Meanwhile Manda and Josh walk onto the set. Josh has his arm around Manda's shoulders.)
Manda: Hey, what are you smarmees fighting about?
Josh: Yeah, everyone within a five-mile radius of the table can hear you.
Drew: We were fighting about what type of music to listen to.
(Everyone at table nods)
Markus: We (pronounced Ve_ should horen musik das ist nicht blud!
(Everyone, but April who is nodding, stares at him in confusion)
Josh: April, translate.
April: Right! Markus things that we should listen to music that isn't dumb.
Manda: Hey! I know, I'll bring my 2GETHER c.d.! Oh, who wants *NSYNC?
Guys: NO, anything but that!
(Fighting continues)

Setting: That afternoon at April's house, three hours before the party.

April: Things seem to be going great between you and Josh, Manda.
Manda: Yeah, I guess so. The only problem is that Josh has a commitment phobia.
April: (giving Manda a hug) It will be okay, I'm sure. It's just a little thing that all men have: hormones.
Val: Dani, you and Roberto fight a lot. Are you sure that you guys are doing all right?
Dani: Of course things are all right. It's just, we get along best when we are disagreeing. I know that sounds crazy.
Val: Yeah, maybe. At least you have a boyfriend. I probably never will.
April: Oh yeah? Well, I know who likes you!
Dani: So do I!
Val: Who? Please tell me.
April: I don't know, he might not like it very much.
Dani: After all he DID trust us with the secret.
Val: Who cares, just tell me.
April: Well, lets just say that our German speaking friend was expressing his devoted feelings for you.
Val: When?
Dani: Last night on the phone.
Manda/Val: No way!
Manda: Oh my gosh, I see it all now. It is almost so obvious.
Val: (said thoughtfully, with a little smile) He is kind of cute, no fanacho by any means. But, oh he has that killer accent!
April: Well, now I don't have anyone. I guess I'll just have to finish High School without ever having a steady boyfriend.
Dani: What about Drew?
April: I'd love to go out with him, but I don't think that he'd ever want to go out with me.
Val: You'll never get him with that attitude!
Dani: Yeah, I happen to know that Drew talks about you constantly.
April: Really? Wait... hos do you know that? Who told you?
Manda: Me! Before you can ask, only his best friend, aka my boyfriend Josh, told me.
Val: Well, why doesn't Drew ask her out?
April: Yeah, why doesn't he?
Dani: Drew is one of those rare sentimental guys. If my guess is correct, he is probably waiting for the right time to ask you.
April: Well, you could let Drew know that anytime is the right time.
Manda: Maybe I will!
April: Manda, I swear if you do, I'll -
Val: Hey, hey! Come on, the guys will be here soon. Let's finish getting ready.

Setting: The guys are all at Jared's house, one hour before the party.

Roberto: Wow, you and Manda seem to be Bueno!
Markus: Ja (ya)! Roberto, you and Dani seem to be doing Klasse, zu!
Josh: Yeah things are pretty much perfect.
Drew: I'm happy for you guys. I really am.
Markus: I think tonight might be the night, I ask Val out.
Drew: Hey that's great!
Josh: Yeah, it is. Speaking of asking people out...
Drew: (pretending to be confused) What do you mean?
Roberto: When are you going to stop torturing yourself and ask April out?
Drew: I don't know. (shift uncomfortably) I'm really crazy about her; it's just that...
Markus: Just Vatt?
Drew: I just really want it to be perfect for her. You saw her reaction to the way you talked to Val. I don't know how to do that, and she deserves that and more. I don't even know if she likes me.
All the other guys: ha ha ha (laugh uncontrollably)
Josh: Did the rest of you hear him? He thinks that April might not like him!
Markus: Are you blind, Drew?
Roberto: He must be!
Drew: What do you mean?
Josh: April not only likes you, she thinks you're the greatest thing since J.C. Chasez, Freddie Prinze Jr. and all that jazz!
Roberto: Dani says that April has been wanting to hook up with you and make it "official" since she first met you in 7th grade. Well that's what Markus said she said.
Drew: Really?
Markus: Erlich, I mean really. But last night on the phone, April said that she didn't think you liked her in that way. She, also, so aid that she has given up hope that you'd ever ask her out.
Drew: Wow, I really messed up didn't I? I'll have to act quickly, and be as sweet as I possibly can, to have any chance at all.
Josh: That's it Drew.
Markus: Also, don't act like anything. Just be the Drew that April loves.
Drew: Right!
Roberto: So is tonight the night?
Drew: If I can help it, it will!

Will Markus and Val become a couple?
Will Roberto and Dani get into an awkward fight?
Will Josh commit to Manda?
Will Drew and April find love in her parents' basement?

We'll be back for the not-so-shocking conclusion and analysis, tomorrow, in Part II.