the road to breck 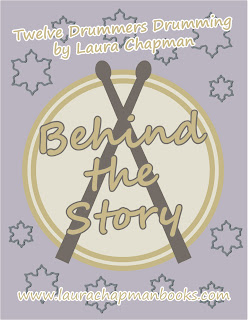 When I took a long weekend to visit my friend Jacie in Denver, my primary objective was to check out my friend's new home and spend time with one of my favorite writing buddies. But, in the days leading up to the trip, I realized another objective. I wanted to find a setting for "Twelve Drummers Drumming," my romantic holiday short, which will be published in Merry & Bright on Nov. 15.

I had a vague idea about what I wanted TDD to be about. The original concept had been to do a Twelve Days of Christmas-themed book, and I snagged up Twelve Drummers. Why? Because as the daughter of a drummer, the ex-girlfriend of several musicians and a recovering band geek, I figured I'd done enough research to be able to come up with some sort of a story.

But in the week before my trip to Denver, the story became clearer. I wanted to tell the story of a young woman who'd recently married the drummer of an up-and-coming band, who was heading back to one of his favorite childhood spots. That seemed to have all kinds of potential. What would she learn about her husband? Would she find out he was someone completely different than the man she married? And where exactly were they going for this trip?

I always saw it as a mountain resort of some kind. And despite all of my travels in the past few years, I've never spent any time in one of those mountain towns. Were they as quaint as I imagined.

Naturally, when Jacie asked me if I'd want to take a day trip to Breckenridge, Vail or Estes Park I jumped at the opportunity. Maybe, I'd find the setting for my story. I admit, when we hopped in her car early Sunday morning, I felt just like a Hollywood producer, or whoever it is that goes location scouting for movies. 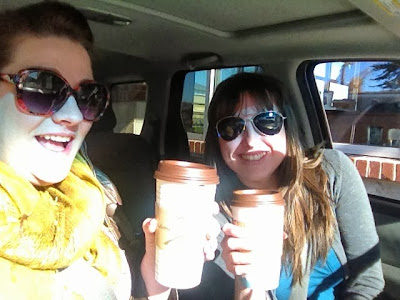 Large coffees in hand, Jacie and I were ready to hit the road. We left behind sunny Denver, which had been in the 70s the day before, and headed west for the mountains. 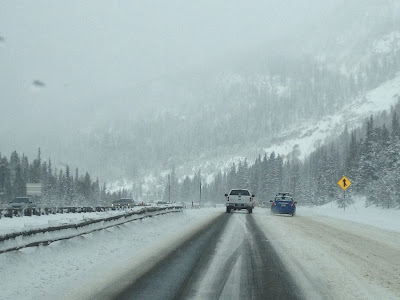 The higher we climbed, the more the scenery changed. I'm not just talking about tall trees and even taller mountains. The temperature dropped drastically and it started snowing. We hit some stand-still traffic, but my brain was running at high speed. This was how I'd start my story -- my main character (who still didn't have a name) and her husband (who was also nameless at this point) would be stuck in traffic on their way to their winter vacation spot.

I even found some inspiration in the Eisenhower-Johnson Tunnel. I used to write for railroad publications, and I'd done a few stories on track work through the Moffat Tunnel, which is a rail tunnel comparable to the Eisenhower Tunnel, and (as nerdy as this sounds) I've always been intrigued to go through these tunnels. 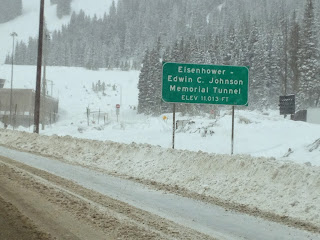 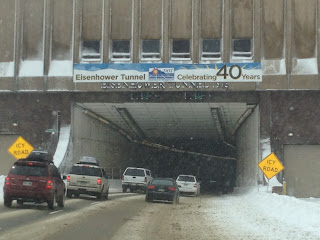 A quick Google search (which, really wasn't that fast, because my reception sucked so badly at this point) revealed a few fun facts about the tunnel. For example: 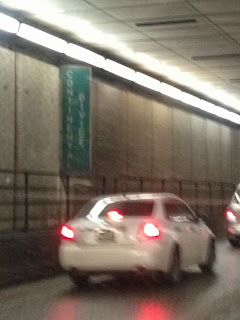 None of those tidbits were actually going to make it into my story, but it sure had me excited about the destination. So excited, I started snapping a bunch of photos and jotting notes. I even typed out the basics of that first scene on my iPhone while Jacie was focusing her attention on the roads. (Sometimes, it's better to be neither seen or heard when you're a passenger in tough driving conditions.)

One scene-setting bit I wanted to include were these signs that ran the course of several miles on the west side of the tunnel. 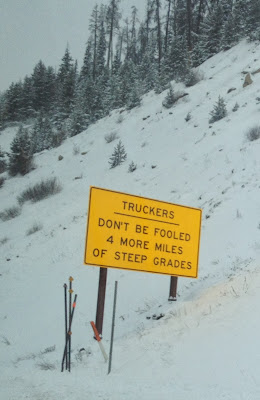 I've seen a lot of road signs in my travels across the country, but this was the one and only time I've ever seen the phrase, "TRUCKERS DON'T BE FOOLED." I don't know why, but it was ridiculously funny to me, and I had to remember it.

Then we turned off the Interstate and made the final 15-minute stretch to Breckenridge. Even in my I'm-so-shaky-because-I-drank-a-huge-coffee-on-an-empty-stomach mindset, I realized I'd not only found my first scene, but I'd found the setting for my holiday story. 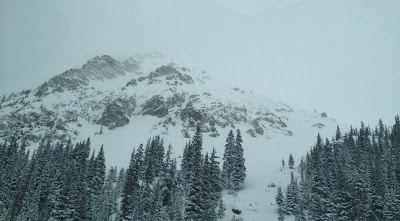