Blogger's Note: I'm pleased to welcome my friend and author Martha Reynolds to Change the Word, today, as she promotes her new novel, Bits of Broken Glass. This is the story about a high school reunion for the class of 1988. And because Martha asked, in 1988, I was 2 and living the good life in Nebraska. This was before The Little Mermaid and The Land Before Time, so I was probably sitting in front of my TV feeding the VCR peanut butter and jelly sandwiches (yeah, it was a faze I went through) while watching The Elephant Show. By this point in time in 1988, my parents were pregnant and I was telling anyone who listened that I was having a baby sister, and I wouldn't hear any talk of another brother. Now that we've established where I was in my life, let's get on and learn more about Martha the same year. 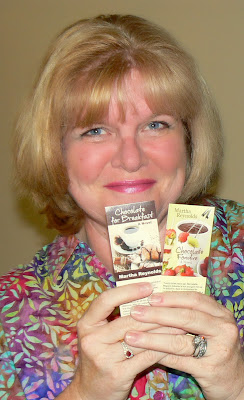 The West Alton Regional High School’s Class of ’88 is holding its 25-year reunion this year in my new novel, Bits of Broken Glass. I didn’t graduate from high school in 1988 (yes, it was before then, probably even earlier than your blogger’s birth), but I remember a lot about 1988.

I switched jobs, changed apartments, was dumped by a bad boyfriend, took him back (big mistake), fell deeper into debt, and read a book that changed my life. Oh, and I celebrated a milestone birthday. I’m only divulging that fact because it made me stop and think.

Many times while growing up, my mother said I should be a writer. But during my junior year of college, my father died unexpectedly. My mother was a widow at 50, with three daughters between the ages of 16 and 22. She was lost: a smart woman who was ill-prepared for life without her mate. There was no more talk about me being a writer.

I spent years working at jobs I didn’t like, and in 1988, days before my thirtieth birthday, I started a new job as a state regulator. The job was all wrong for me, but it paid better than my previous job, and I was accumulating credit card debt at an alarming rate. My landlord raised my rent, so I moved to a neighboring town and shared a house with two other girls to save money. I was in a crappy relationship, but I clung to it anyway.

Well, it didn’t happen until 2011, after I left a well-paying job that was likely going to give me a heart attack. I started writing in earnest. Now, two years later, I’m releasing my third novel and finally (finally!) doing what I love. Oh, and I’m happily married (nearly 19 years) and debt-free. I may never get rich writing fiction, but I don’t care. Happiness is priceless.

About the Bits of Broken Glass


How much really changes in 25 years?  Former classmates are poised to find out as their first-ever high school reunion gets closer. Some lives have improved, some have soured, but all remained connected by their shared West Alton High past...

Once the target of ridicule, one-time "ugly duckling" Kellie has transformed in both beauty and attitude, though her fears and fragility remain as deep scars within. Will facing those who once wronged her help or do even more damage to her delicate psyche? Joe was adored by everyone in school. Well...almost everyone. Being gay in a close-minded small town, he knew he had no future in West Alton, so right after graduation, he traded one ocean for another. Now an Oscar-winning Hollywood director, Joe is ready to return. Except that it means having to face the horrific event that ultimately pushed him away... Former cheerleader Cherry planned this reunion to make peace with those she may have wronged in school. But as she faces cancer and stares down her own mortality, will she really be able to make things right again? And then there's Scott, the West Alton "lifer," who's been collecting a disability pension from the town for a suspicious back injury, among other questionable life choices. Are his reasons for wanting to attend the reunion pure? Or does he have another agenda? As the months count down, long-kept secrets will be revealed as the question ever looms... Can you ever really go home again?