who are you crushing on?

Blogger's Note: You may remember Caroline Fardig from the day we swapped blogs a couple of months ago, and I'm pleased to welcome her back as my guest, today. In honor of her novel, It's Just a Little Crush, I asked Caroline to tell us about her favorite book crush. I was thrilled to see we share a couple of the same men on our lists. Caroline's novels is a #1 Bestseller on Barnes & Noble’s Humor and Women Detectives lists!  It is on sale for $0.99 through October 24th.  Get your copy today! 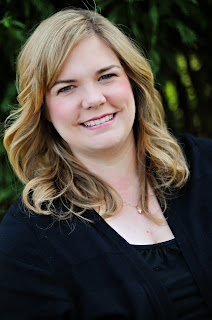 Since the idea of a “crush” is the central romantic theme to my debut novel, It's Just a Little Crush, I thought I would blog today about some of my own crushes—literary, that is. When I was thinking about being able to just pick one leading man out of the hundreds of books I’ve read, I was stumped. The same three characters kept popping into my head, and the more I thought about it, the more I realized that these three were essentially the same type of guy. No wonder I couldn’t choose!

So, without further ado, my “Favorite Book Crush” (type) is…the Guy Next Door—the man who’s always there for you, but never pushing himself on you. He’s the one who’s quietly waiting in the wings, patiently waiting for you to figure out that the man you’re currently pursuing is all wrong for you. All the while, your Guy Next Door knows that he is the right one, but won’t risk ruining your friendship, or your happiness, to rush into a relationship.

Enter Mr. Darcy.  No, not that Mr. Darcy, although Colin Firth played both of them very well onscreen. I’m talking about Mark Darcy from Bridget Jones’s Diary. Bridget was in love with Daniel, who was totally wrong for her, and Mark Darcy knew it, even going so far as to tell Bridget this—but not going so far as to offer himself as a suitable alternative. Mark goes above and beyond for Bridget, especially by helping her mother out of a huge problem. Bridget finally realizes that he’s been there all along, his supposed aloofness really being more shyness and uncertainty.

While we’re on the subject of sexy British men, let’s talk about Jon in Sophie Kinsella’s Remember Me?, not one of her most famous books, but definitely my favorite of hers. The main character, Lexi, has an accident and gets amnesia, but this is far from the usual HEA sudden “I remember everything” ending. No, the main character doesn’t really get her memory back (only shreds), and she has to find love again by following her heart. That’s where Jon comes in. At first, he’s upset that she doesn’t know him (they were having an affair), but later doesn’t stand in her way when she decides not to go through with her divorce. He’s just always around, nonchalantly dropping information about their relationship in hopes that she will remember and come running back to him. What I like is that he’s so subtle about it, and loves her enough to let her go when she asks him to do so.

And lastly, the crushiest of them all, Ethan Mirabelli from Kristan Higgins’ The Next Best Thing.  Poor Ethan is in love with his dead brother’s widow—and always has been. In fact, he introduced the two of them, but not because he thought that they should get together. He was trying to let his brother get to know the girl who he was planning to ask out. Ethan wasn’t quick enough, so his brother got the girl, Lucy. Ethan stood by their side and feigned happiness at their marriage. He was even a great comfort to Lucy after his brother died…although things ultimately ended up as more of a “friends with benefits” situation. Again, Ethan put his happiness on hold and put her first, because he was too worried about the ramifications of openly dating his brother’s still-grieving widow. Above all, Ethan always protected Lucy’s fragile heart, even at the expense of his own.  *Sigh.*


About the Author
Caroline Fardig was born and raised in a small town in Indiana. Her working career has been rather eclectic thus far, with occupations including schoolteacher, church organist, insurance agent, funeral parlor associate, and stay-at-home mom. Finally realizing that she wants to be a writer when she grows up, Caroline has released her debut novel, It's Just a Little Crush, now a #1 Bestseller. She is currently hard at work churning out a second novel in the Lizzie Hart Mysteries series. She still lives in that same small town with an understanding husband, two sweet kids, two energetic dogs, and one malevolent cat.


About It's Just a Little Crush 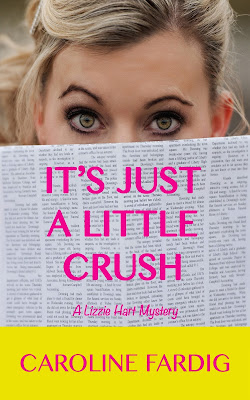 The sleepy town of Liberty hasn’t seen murder in…well…ever. Residents are stunned when the body of a young woman is found strangled, and reporters at the Liberty Chronicle are thrilled, rather disturbingly, over the biggest news story to hit town this century.

Lizzie Hart has even bigger problems. Lately, she can’t seem to concentrate on her job as copy editor at the Chronicle with the new hunky investigative reporter, Blake Morgan, swaggering around the office. How can a girl work when she’s using all of her energy combating Blake-induced hot flashes and struggling to repress the giggly inner schoolgirl that’s constantly rearing her dorky head? It’s a good thing that Blake barely knows Lizzie exists.

After an odd string of events, however, Lizzie begins to wonder if Blake is really as fabulous as she has fantasized. When Lizzie and Blake find a co-worker dead, Blake’s personality changes completely—and not in a good way. Even though the police rule the death as an accident, Lizzie immediately suspects foul play and senses a connection to the recent murder. She is determined to bring the killer to justice, but is having some trouble getting her Nancy Drew on thanks to the pesky stalker she’s picked up—Blake Morgan. Wait, didn’t she want him to follow her around and pay attention to her? Not like this. Blake has turned from cool and smooth to cold and downright scary, making Lizzie wonder if he should be next on her suspect list.