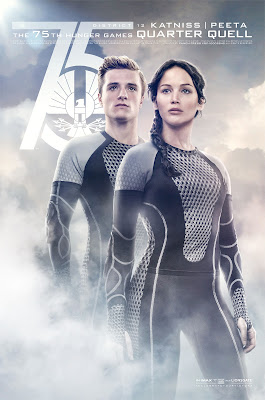 Grab your bow and arrow, because the party starts at midnight. Yes, tonight the much anticipated second installment of the Hunger Games movie franchise will make its big screen debut to the masses, and I am definitely looking forward to seeing Catching Fire. 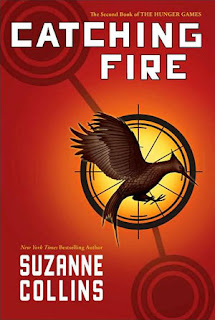 I also have a healthy dose of nerves. While I generally enjoyed The Hunger Games, this one has more at stake for me. Mostly, because this was my favorite of the three books, I hope so badly I'll enjoy the movie as much as the book itself. I'll try not to let myself get too judgmental, but I can't be held responsible if Hollywood forgets to include my favorite scene from the book. Or if the teens also attending the midnight screening won't keep their mouths shut.

For serious teens of Lincoln, going to a midnight screening is a privilege. Act accordingly, or I'm fully prepared to bring my Julliard-quality shushing skills to work. (If you don't get what I mean by this, than you absolutely have to watch this clip from Dane Cook.)

To mentally prepare myself for this cinematic event, I thought I'd take a quick look back at some of the fun I've had on this blog thanks to the series. If you've been following for a longtime, then you'll remember my series of culinary experiments, which included me recreating dishes described in the books. If you're new to the blog, well, then these are new to you.

Making any of these dishes would be a great way to put yourselves in a Hunger Games state of mind.

Hunger Games Recipes
The Dandelion Salad is the only non-seasonal item for us northerners, but if you're looking to recreate the dish in honor of the film coming out, I'd suggest subbing arugula, which you can almost always find in your grocery store.

You can also make the Apple and Goat Cheese tart as one, large tart if you like. (It takes less time.) Follow the same instructions, except... make it one tart pan. You also don't need as much pastry crust. I did this a while ago (though it had to be in a pie tin, because that was all I had), and had great results. 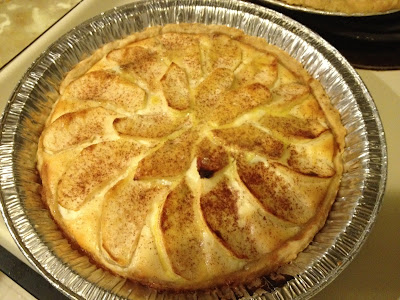 So delicious. My mouth is watering just thinking about it.

The next step for getting mentally ready to head back to the Games would obviously be re-reading book two and/or re-watching the first film. I did a mix of both. I only wish I would have had enough time to make one of those Apple and Goat Cheese Tarts to sneak into the movies with me.

However you choose to celebrate the new film's debut, may the odds be ever in your favor.