Blogger's Note: I'm pleased to host Quanie Miller, author of It Ain't Easy Being Jazzy, as she embarks on her Chick Lit Plus blog tour. After learning she grew up in Louisiana, my interest was immediately piqued. After spending four years make bimonthly week-long visits around the state, I wanted to know how growing up in the state shaped her writing. I was particularly excited to see she grew up in New Iberia, because I visited railroad customers in the area, and often drove through on my trips from New Orleans to Lafayette. Reading her guest post made me homesick for one of my favorite places to visit back when I lived half of my life on the road. 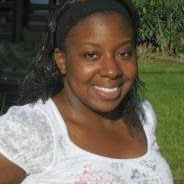 I grew up in New Iberia, Louisiana. There wasn’t much to do in the small town so my family and I often sat on the porch at my grandmother’s house, even in the heat, drinking coffee and gossiping. We listened to the train pass, went to the store, went back home, and listened to another train pass, and then (because my grandmother had forgotten something on her first trip to the store), went back to the store again, often for some gumbo filet, or a carton of eggs, or some bologna. And then it was back to the porch for more gossip: “Did you know,” my grandmother would say, “That  _____________ had a baby on his wife?”

And someone, my mom or one of my aunts, would sip her coffee and yell, “Stop!”

My grandmother would nod. “As ugly as he is. Do you know he left that girl by herself and ain’t called to check on them kids? With his bad walkin’ self. Need to put him under the jail. Ole beady eyes. Lookin’ just like his daddy.”

I lapped it all up, sometimes taking a break to read a book, or to iron shirts for my Uncle Moto for three dollars a shirt—until I wised up; if he was drinking he’d forget whether or not he paid me, so when he asked, “Mamoo, did I pay you for ironing my shirts?” I’d give a sly smile and say, “No,” and then he’d scratch his head and look at me from the side and say, “I think you’re scheming me.” But he’d smile too and give me another three dollars.

There was excitement there on that porch. I got to hear grown folk business, or scheme my way into a candy bar from my grandmother’s umpteenth trip to the store. Years later, those days on the porch always trickle into the things that I write. My characters are funny, loveable, and have no problem telling some poor man just where he can stick it. There’s never a dull moment for me at the computer because I am always recreating home. 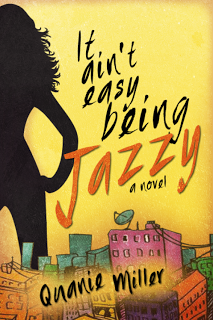 Jazzy secretly wants to get back together with her ex-boyfriend, Curtis, so when he calls and reveals that he’s got something important to tell her, she’s got no idea that he’s about to propose—to her first cousin and bitter rival, Mercedes.

The annual family dinner is coming up, and fearing that she will spend the evening seething while Mercedes flaunts her four carat engagement ring in her face, Jazzy asks Reggie, an Adonis she met at the mall, to accompany her. As fate would have it, not only did Reggie and Mercedes used to date; that backstabbing, leopard print wearing cow is still carrying a torch for him! Revenge. It’s never been so sweet.

But falling for Reggie? Holy crap! That wasn’t part of the plan! She’s got enough on her plate as it is; restaurant shootouts, a neurotic boss, a mother who spies on the neighbors, and a sister and best friend with man problems that could land them on Jerry Springer. Who has time to fall in love? So when Curtis comes sniffing around again—this time, with an accusation that sends her blood pressure shooting through the roof—the one good nerve that Jazzy’s got left has just about run its course.


My best friend, Serai, invited me to her aunt’s seventy-fifth birthday party because she thought it was a secret ambush by her family that would end with her marrying some guy that they had found on Craigslist. “You have to come, Jazzy,” she begged me. “I think I saw a wedding gown in my mother’s trunk. They’re getting desperate.”

“You’ll find somebody. Besides, you can’t marry just anybody.”

“I don’t think they care anymore. It’s been too long since Chuck and I broke up and they’re starting to wonder about us.”

“I told them that even if I were gay, you wouldn’t be my type, but that only made Aunt Cleotha clutch her pearls.”

“Fine, I’ll go. But if the guy from Craigslist is cute, I have first dibs.”

When I arrived at Aunt Cleotha’s house and rang the doorbell, I heard music and laughter inside. Serai’s nephew, Jordan, answered the door with one of those Super Soaker type water guns and squirted me right in the eye. His mother, Kimmy, scooped him up and squeezed his cheeks. “Jordan, baby! Don’t do that!” She looked at me apologetically and handed me a napkin from her bosom. “I’m sorry, Jazzy. He hasn’t had a nap yet.” As if that explained it. The truth is that the little fucker was just bad.

Kimmy took the water Uzi from Jordan, who kicked and screamed and said, “Put me dow-own!” He wiggled free and ran around the room kicking people in the shins while Kimmy chased him. I wiped my face with the napkin (it smelled like Victoria’s Secret Amber Romance Body Splash and tangerines) and walked around saying hello to the people in Serai’s family whom I knew; Uncle Raymond, Aunt Delores, and her cousin, Byron, who, no matter how hard I tried to dissuade him, seemed to have the hots for me. I had tried numerous times to pawn him off on my sister, but he insisted that Annie was not his type.

I’d said, “Wait a minute; you mean to tell me that a smart, sexy, confident, and beautiful woman is not your type?”

“So just a regular, run of the mill woman.”

“Someone who doesn’t have many options when it comes to dating so she spends her nights baying at the moon.”

“Exactly.” He looked so nice wearing that punch bowl. In fact, the best I’ve ever seen him look. So when he saw me that day, he took off in the other direction. I guess having spiked Hawaiian Punch in his eye really cured him of his crush.

Check out the other stops on Quanie's tour here.

About the Author
Quanie Miller grew up in New Iberia, Louisiana. She fell in love with reading at an early age and spent most of her time at the Iberia Parish Library discovering new authors like R.L. Stine and Christopher Pike (she was often found walking back home from the library with a stack of books that went up to her chin). She holds degrees from Louisiana State University and San Jose State University. She has been the recipient of the James Phelan Literary Award, the Louis King Thore Scholarship, the BEA Student Scriptwriting Award, and the Vicki Hudson Emerging Writing Prize. She loves writing humorous stories about strong willed, sassy women who can’t keep themselves out of trouble. She lives in Charleston, South Carolina with her husband and is currently, as always, working on another novel.