Blogger's Note: Welcome to the 12 Days of Writing, Change the Word's annual December celebration. After two years of sharing writing tips, this year, I'm sharing 12 writers with you. For the first three weeks of December, you'll have a chance to meet 12 wonderful women and learn about their favorite holiday traditions.

I can explain my relationship with our next author, Tracie Banister, simply: My life is better because of her. She's my partner in crime. More than being the person I've collaborated with on Chick Lit Chat, promotions and various other projects, she's become one of my biggest confidantes in the writing biz. She beta read both my debut novel and my holiday short, and I took her input to heart. When I'm having a tough day or an exciting moment, she's one of the first people I want to talk to about it. I hope everyone is as lucky as I am to have such a supportive person in their camps. (Oh, and she's the fantastic author of Blame it on the Fame and In Need of Therapy.) We also share a great love for the holidays, and I'm excited for you to learn more about her traditions. 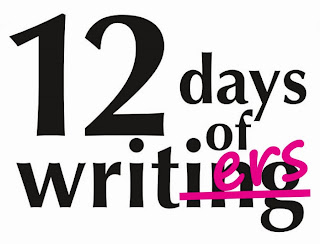 What’s your favorite holiday tradition?
I am a huge fan of Christmas cards! I love sending them as it’s that one special time of year when you can acknowledge all the people who’ve made a difference in your life. And I love receiving them, finding out what everyone is up to, seeing family photos, displaying the wide variety of cards all over my  house. I purchase my Christmas cards in October and I’ll usually spend quite a bit of time at Hallmark, carefully considering all of my options. I like to get a cute, colorful design that’s indicative of my personality (glitter is almost always involved.) Then, of course, I have to get the perfect Christmas stamp (I may or may not have squeed when I saw the gingerbread house stamps the post office was offering this year. They are so cute!) I start working on my cards the first week of December. And yes, I include a handwritten personal note in each one. I’m very old-school about that. 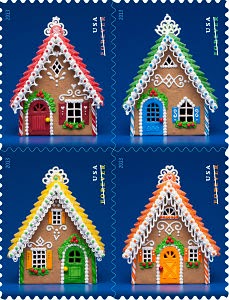 While working on my cards, I blast my favorite Christmas CD, Harry Connick, Jr.’s “Harry For The Holidays” on a continuous loop and sip Earl Grey tea. It’s a whole thing, and I really look forward to doing it every year! 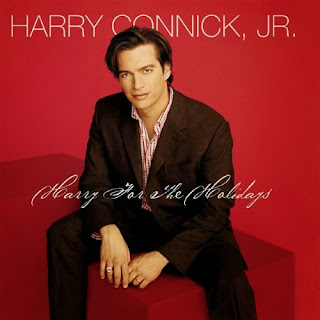 What is a must-have eat or treat this time of year?
I really love roasted turkey. I only get it twice a year, on Thanksgiving and Christmas, so it’s a special treat. It smells so good cooking in the oven all day that I’m practically drooling by the time we sit down to eat. Being a southern girl, I like to smother my turkey with gravy and eat a big helping of cornbread stuffing on the side. YUM! Turkey is the gift that keeps on giving, too, because there’s nothing better than a sandwich made with leftover turkey the next day. Plus, I got this fabulous recipe for turkey tetrazzini from my neighbor a few years back, so I can use up every little scrap of turkey and eat very well for up to a week after the holiday! 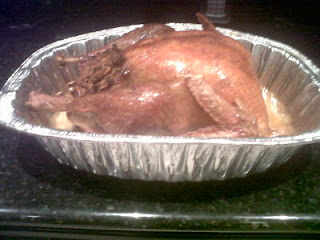 What is the best gift you’ve ever received?
When I was seven, my mother got me a Little Red Riding Hood Topsy Turvy Doll. Now I hadn’t asked for this and had never even seen one of them before, so my mother went off-list with this gift, which was a risk, but I LOVED it! 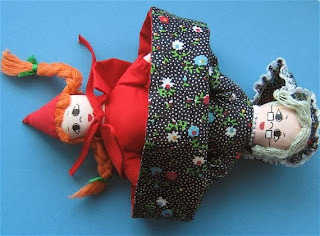 What made the Topsy Turvy doll so awesome was that it was  three dolls-in-one. First, there was Red Riding Hood in her hooded cape, then when you flipped her dress over her head, the doll became Red’s gray-haired grandma in a blue floral nightdress, then when you flipped granny’s nightcap over and covered her face with it, you’d have the big bad wolf’s face in the granny gown – brilliant, right? I took Red with me everywhere I went for the better part of a year and slept with her at night. Unfortunately, ole Red met a tragic end when I got the stomach flu and upchucked all over her in the middle of the night. I was devastated. My sweet mom bought me a replacement doll, but for some reason it wasn’t the same and I didn’t want anything to do with that one (The fickle affections of a child!)

What is your favorite holiday read and watch?
EEK I can only pick one favorite holiday watch? This is tough because I am a Christmas movie-watching freak and pretty much spend the whole month of December mainlining every sappy, romantic holiday film that airs on Hallmark and Lifetime. But I usually only watch those once or twice. The holiday movie that I watch multiple times every year is . . . Elf with Will Farrell. 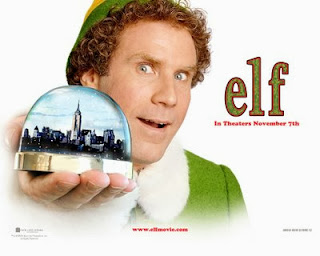 That movie never gets old for me. I love the sweet innocence of the Buddy character and how much he enjoys everything about Christmas. And the film is hilarious! I actually quote it quite a bit during the holidays. “You sit on a throne of lies!” “Smiling's my favorite.” “SON of a NUTcracker!”

Favorite holiday read would have to be Little Women. There are some really great Christmas scenes in that book, and it’s a story about how important family is, which is very appropriate for the season.

What’s one New Year’s resolution you’re making for 2014?
Truth be told, I don’t usually make New Year’s resolutions because I can never stick to them! It might not be a resolution, but I think a “theme” for 2014 will be “Stress less and enjoy life more.” I’m a very driven Type A person, so I don’t stop to smell the roses as often as I should. I hope to do better with that in the new year.

Thanks so much to Laura and Change the Word for your continued support and friendship! And best wishes to all for a holiday filled with lots of love and laughter and a happy, healthy new year! 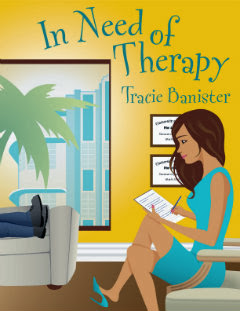 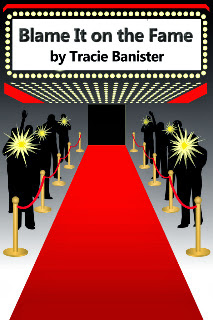 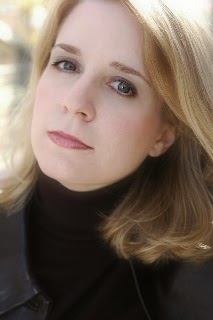 An avid reader and writer, Tracie Banister has been scribbling stories since she was a child, most of them featuring feisty heroines with complicated love lives like her favorite fictional protagonist Scarlett O'Hara. Her work was first seen on the stage of her elementary school, where her 4th grade class performed an original holiday play that she penned (Like all good divas-in-the-making, she, also, starred in and tried to direct the production.) Her dreams of authorial success were put on the backburner when she reached adulthood and discovered that she needed a "real" job in order to pay her bills. Her career as personal assistant to a local entrepreneur lasted for 12 years. When it ended, Tracie decided to follow her bliss and dedicate herself to writing full-time. Her debut novel, the Academy Awards-themed Blame It on the Fame, was released in January 2012. And she followed that up with the fun, Miami-set romp, In Need of Therapy. In her spare time, she blogs and co-hosts #ChickLitChat on Twitter, which is a popular group that meets online every week to celebrate and discuss the genre.

Email ThisBlogThis!Share to TwitterShare to FacebookShare to Pinterest
Labels: 12days, 2013