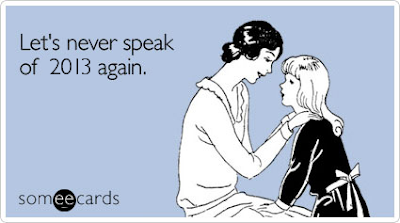 It's the last day of 2013, and it's been a ride. We've had some great times together, 2013, but I think it's time for us to move on a see other people. (I hear 2014 has a lot going for it, so I'd like to check it out.) But before we say goodbye forever, let's take one final look back at our time together and highlight some of the best moments in literature, pop culture and my own life.

Consider this a quick clip show from the past year. For whatever reason, I'm the weirdo who has always been a fan of clip shows. From my days watching Friends and the Simpsons to catching The Soup every week on E!, clip shows remind me of favorite moments from the past, which is like saying hello to old friends.

Ranking is a tricky business for me, so don't read too much into the order in which I list.

On the Island by Tracey Garvis-Graves

Someone Else's Fairytale by E.M. Tippetts


(Ah, and because I love them - here's another clip from the beautifully hosted show.)


My BFF Andrew talks about biblical adaptations on GMA 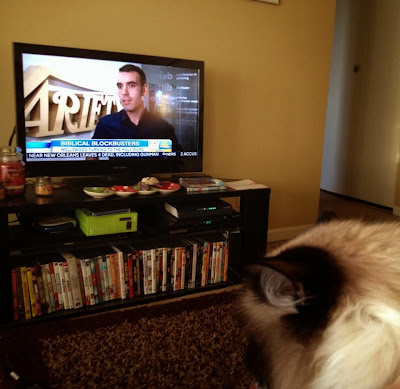 I'm skipping the movie section, this year, because I did a super bad job of going to the movies. I don't even know if I saw five movies, and a few that I did don't belong on this list!

This has been a wonderful year, and I hope you know how much I appreciate the support everyone gave me. Here's to 2014 and lots of joy to come in the new year.

Now you weigh in -- what were your favorite things from 2013?

Email ThisBlogThis!Share to TwitterShare to FacebookShare to Pinterest
Labels: 2013